Chapter 9 – Nocturne in Black and Gold

“A light fog washed the bank at Battersea Bridge. Barges moved like great black ghosts on the Thames, silent but for the clop clopof a team of draft horses on the shore echoing off the houses of Chelsea.” 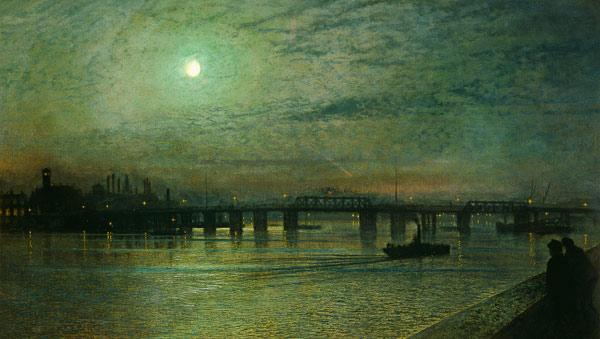 Out on Battersea Bridge, the Colorman looked like a pile of wool haunting the night, 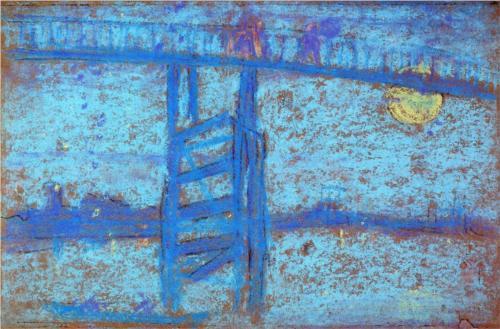 Caprice in Purple, Nocturne- Battersea Bridge – James McNeill Whistler -1872
She walked down off the bridge into Chelsea and up the river toward the painter, who stood at an easel with a small lantern hung from it so he could see his palette and canvas. 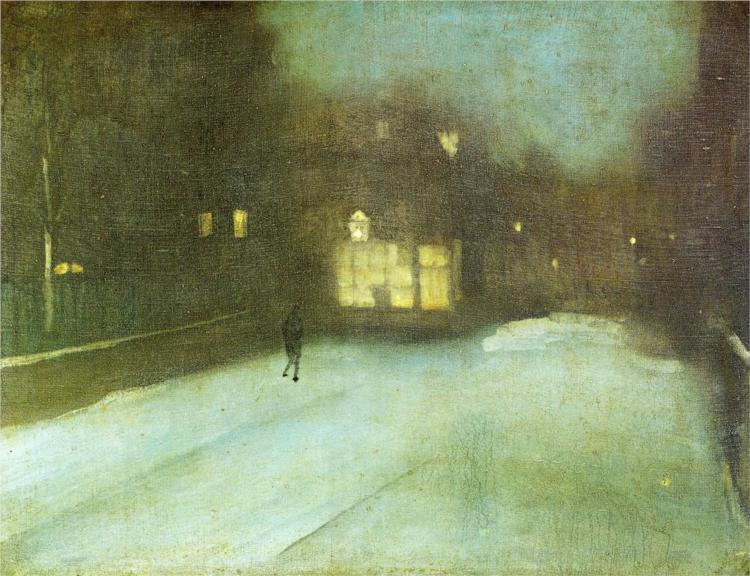 He’d thinned the pint so much that he had to brace the canvas sot that it stuck out form the easel horizontally, to keep the color from running, as if he were painting with watercolor. 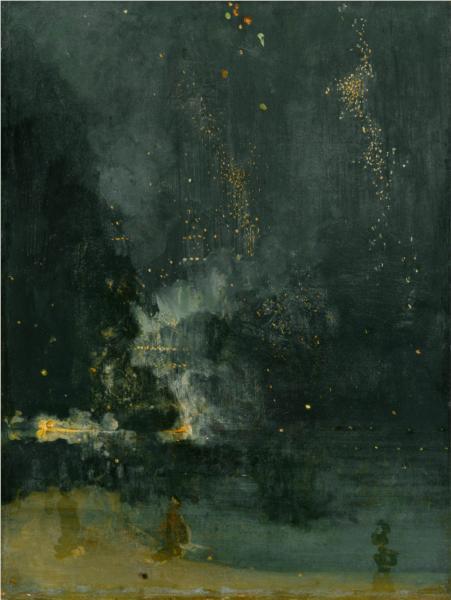 Nocturne in Black and Gold-The Falling Rocket-J.M. Whistler -1875
This painting would be the subject of a celebrated lawsuit which is referred to later in the book. The famed art critic, John Ruskin, wrote that it was as if “he has thrown a pot of paint in the public’s face.” Whistler sued him for libel, and won, after a protracted legal battle, but the award was only a farthing, the smallest British coin.
Jo – Joanna, his wild redhead, his blessing, his curse. Preternaturally intelligent, frighteningly beautiful in that detached, untouchable way… 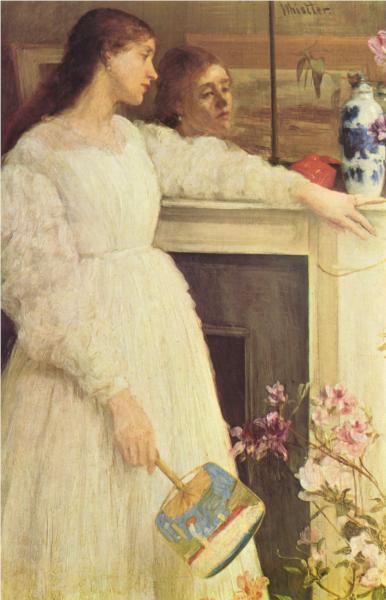 But he was so unsettled around her, losing time, lately, going to the studio in the evening to find that he’d finished a painting that day without any recollection of having done it. 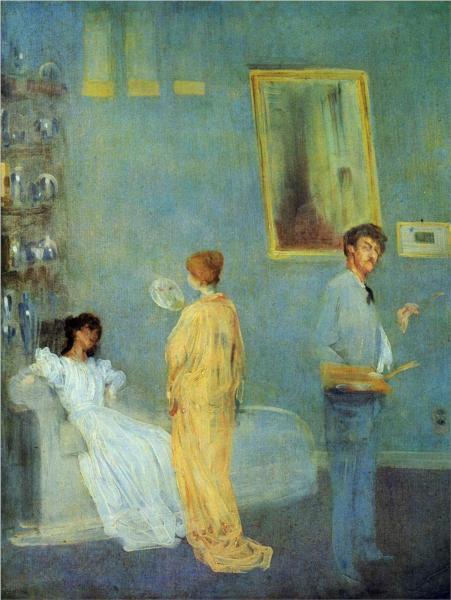 Whistler in his studio – J.M. Whistler 1865
They’d gone to Normandy with Whistler’s friend and mentor the French Realist painter Gustave Courbet, and one afternoon James returned from painting… 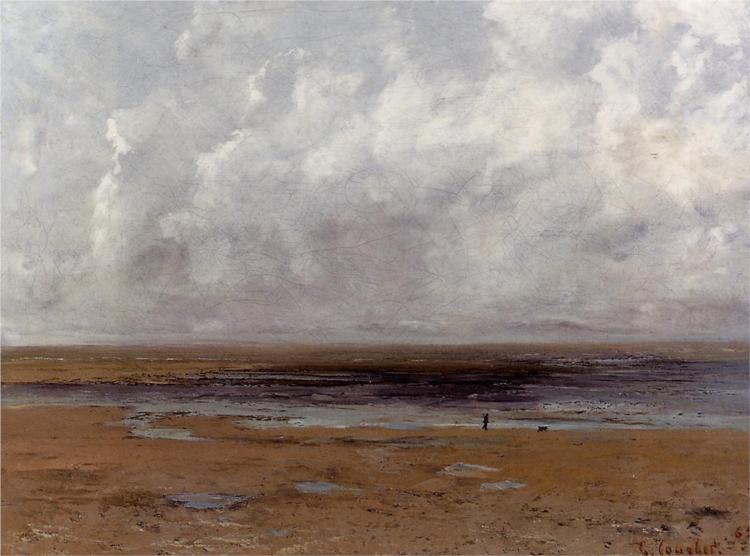 This trip actually happened, although I only speculated on the scene Jo is confessing about. Although, Courbet did paint Jo while on that trip, and Whistler would go off to a war zone soon and Jo did run off to France to be with Courbet, who would paint some of the most, well, slutty pictures ever of her. The one below painted in the following year shows Jo and Courbet’s previous mistress (or other mistress, at that point, I guess.) One painting (The Origin of the World -1866) Courbet did of Jo was so scandalously pornographic , that it wasn’t publicly exhibited until 1963.

That day in Normandy? I’d just fucked Gustave, right before you came in. He had both of us, me and Elise, one after another, and we had each other while he watched. I thought you should know. That was a lovely painting you did of the fishing boats, though. 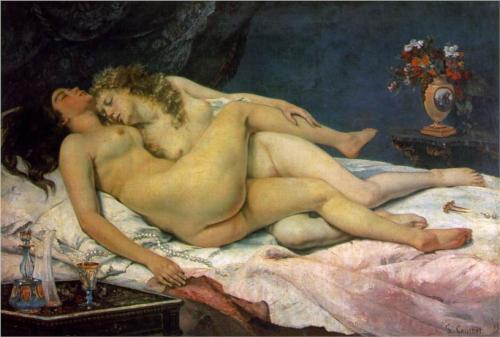 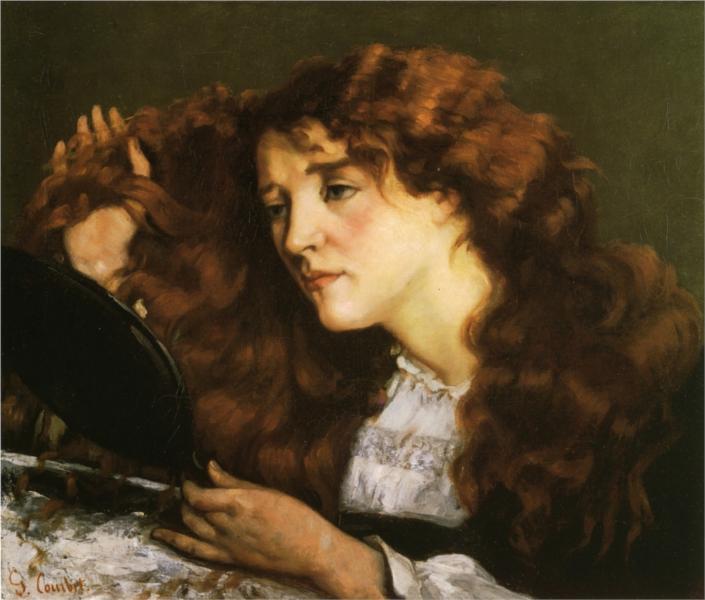 “That’s the beauty of it. He’s already taken with Jo.” She did a half curtsy as if presenting herself. “I don’t even have to change shoes.”

“No, Courbet is very talented. A great painter.” 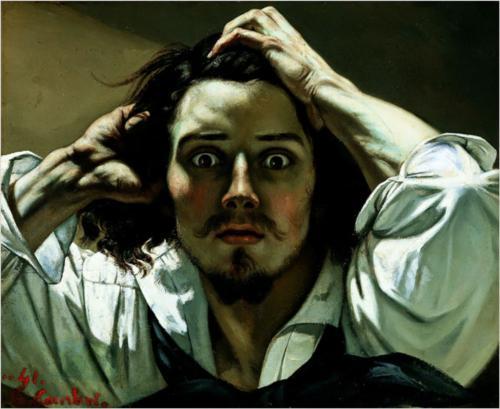