“Oh balls,” said Toulouse-Lautrec. Instead of his sword cane he had grabbed his flask cane, which concealed a flask of cognac and a cordial glass (a gentleman does not drink directly from his walking stick) for visits to his mother, and he was, indeed, brandishing a crystal cordial glass at the naked girl. 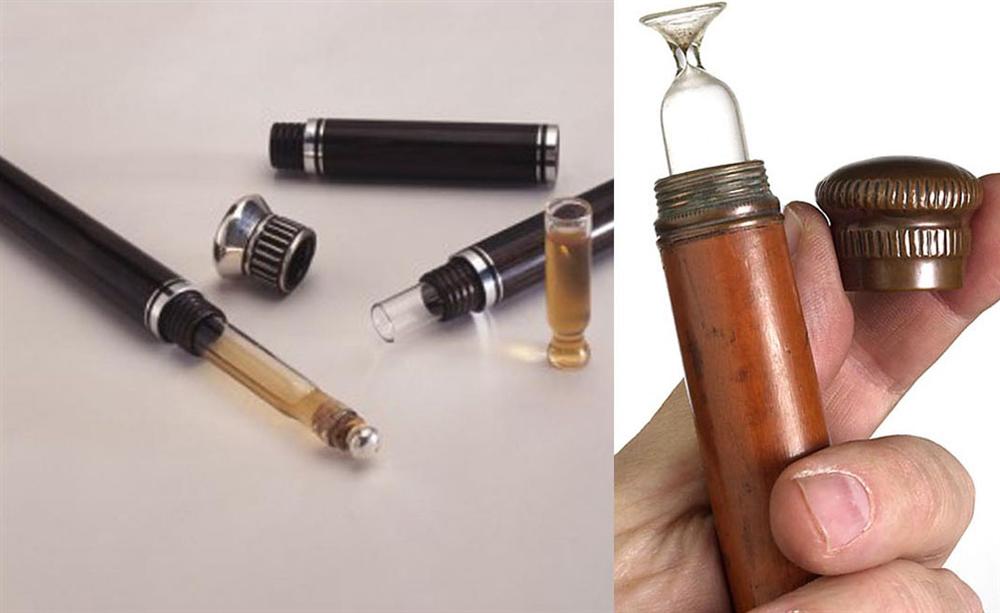 Some flask canes with cordial glasses. None quite what I had in mind when I wrote Henri’s in, but he did, indeed, carry a flask cane with a crystal cordial glass concealed in the pommel. 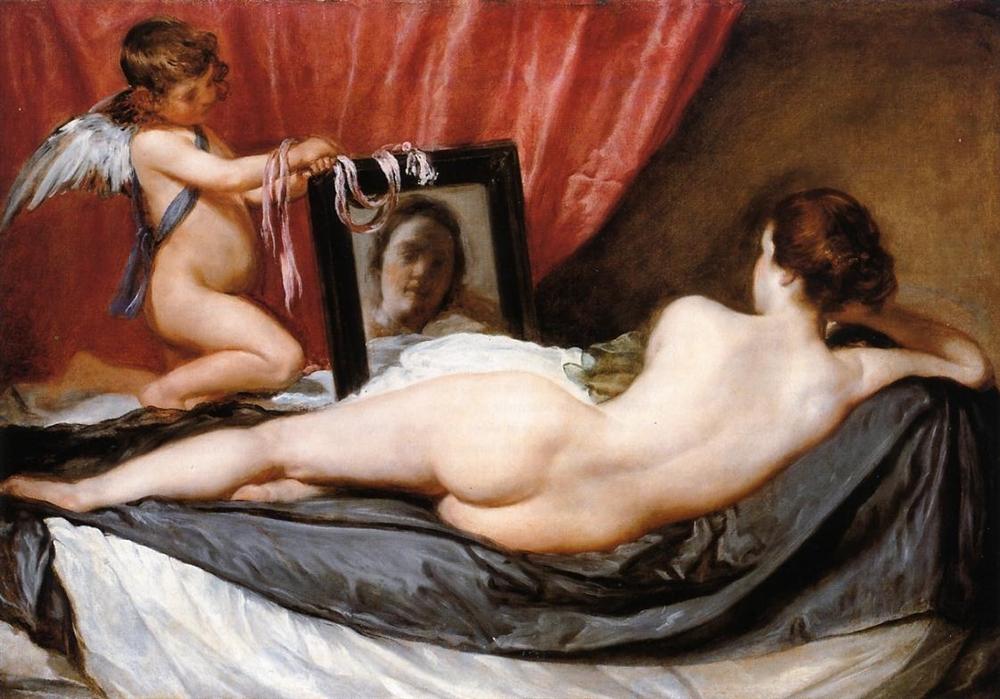 “Put a naked cherub on the couch with her to hold the mirror,” said Henri. “I can model if you need.”

Toulouse-Lautrec waited across the square in Madame Jacob’s crémerie, watching the alley next to Lessard’s boulangerie. 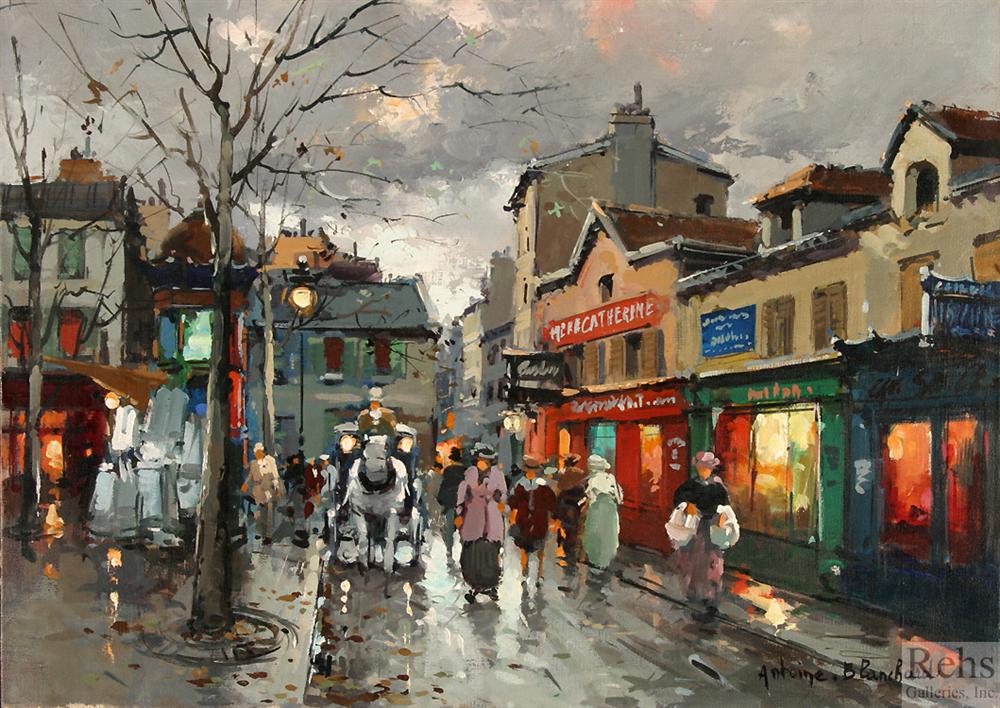 Rue Norvins, Place Du Tertre- Antoine Blanchard – 1906 (This is the square where the Lessard Bolangerie would have been located. Madame Jacob’s Cremerie was a real place, she are real person.)

Fortunately, her trail was all downhill, and he was able to keep up with her easily, although she didn’t dawdle or stop at any stalls or markets as did most of the other shopgirls crowding the sidewalks on their way home from work 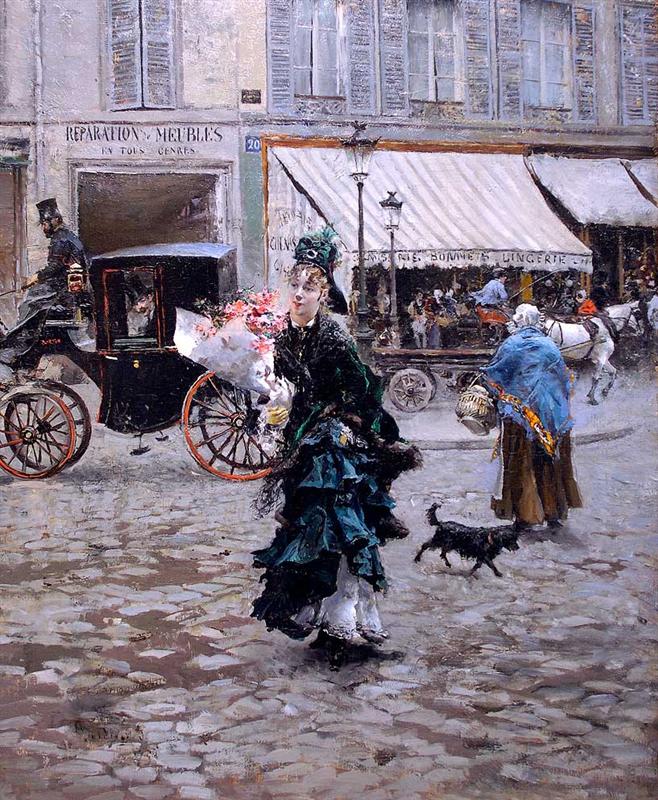 (Girl Crossing the Street – Giovanni Boldini- ) Strictly speaking, she’s dressed pretty fancy for a shop girl, but the picture does give a good idea what a Paris street looked like in the 1890s. Boldini was contemporary to the Impressionists, but was known more as a portrait artist like American, John Singer Sargent, with whom he was friends.

She actually passed his studio on rue Caulaincourt, and Henri was tempted to stop in and refresh himself with a cognac before continuing 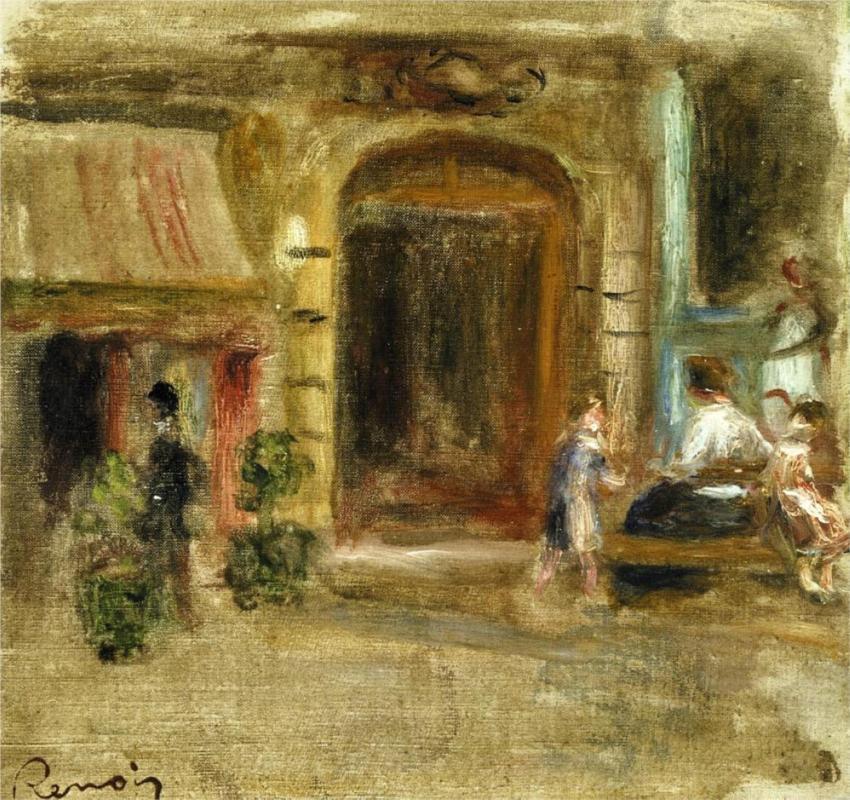 (Rue Calulaincourt- Pierre August Renoir – 1905) I couldn’t find a public domain picture of the building the housed Henri’s studio, and I forgot to get a picture myself while I was in Paris, so you have to settle for this Renoir picture of a spot on the same street.

The next morning, at what he considered a savage hour, Henri crouched in an alley off avenue Clichy, with a portable easel, paint box, and folding stool, waiting for the girl to pass. 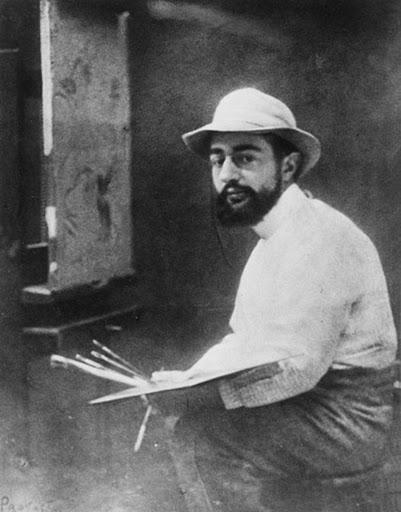 Henri around the time the story takes place. Not a portable easel, but the painter at work nonetheless.

Well fuck the count—great, eccentric, inbred lunatic that he is, anyway, thought Henri. 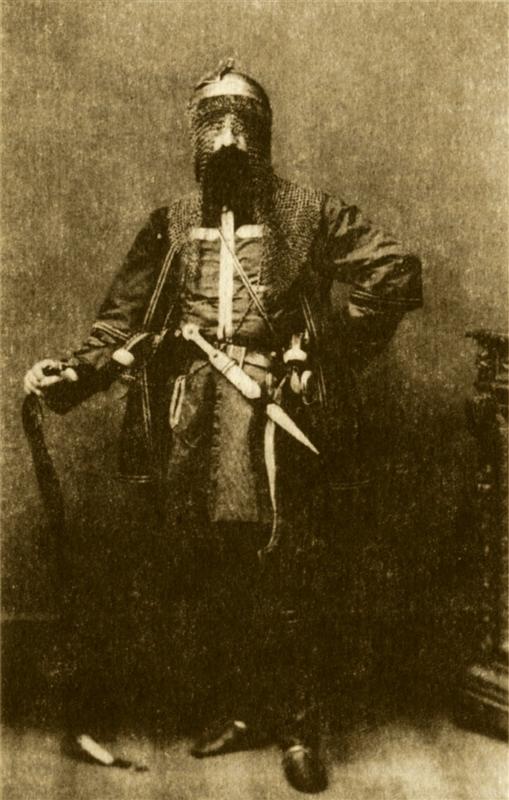 Henri’s Father – Count Alphonse Toulouse-Lautrec Monfa, looking every bit the lunatic Henri accusing him of being.

One thought on “Chapter 10 Guide”