Chapter 26 – The The, The The, and the Color Theorist

“But I was going to shoot them,” the Colorman said, tapping a pistol, which he had gone out just that day and purchased from a scoundrel near the market at Place Bastille.

There isn’t any Bastille at Place de la Bastille, but they have a terrific farmer’s market three times a week. This entire blog-post was shot on a Saturday at Place Bastille. 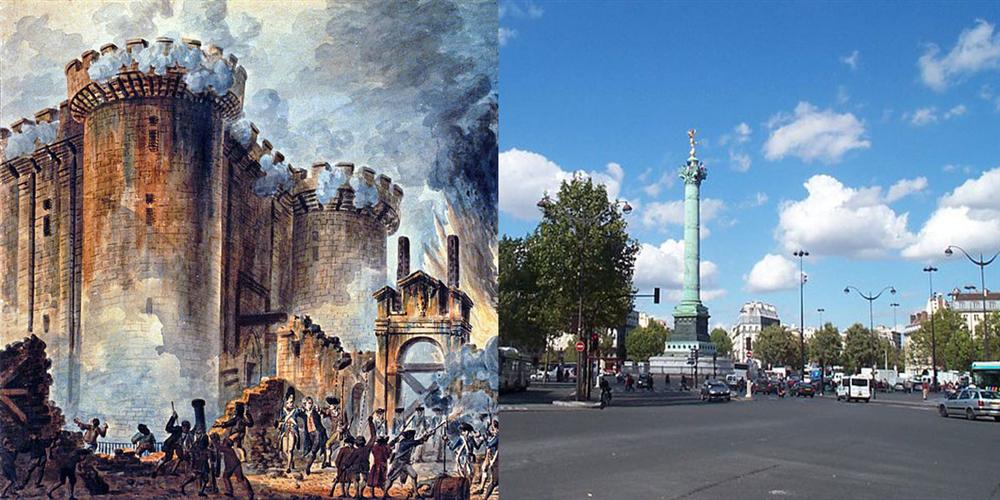 In those days, the painter Cézanne would come into the bakery, usually with Monet, Renoir, or Pissarro, and he would almost hide behind his friends until Madame Lessard went to the back room, then the Provençal would wipe the sweat from his bald head with his sleeve and frantically whisper, “Lessard, you must get your wife under control. 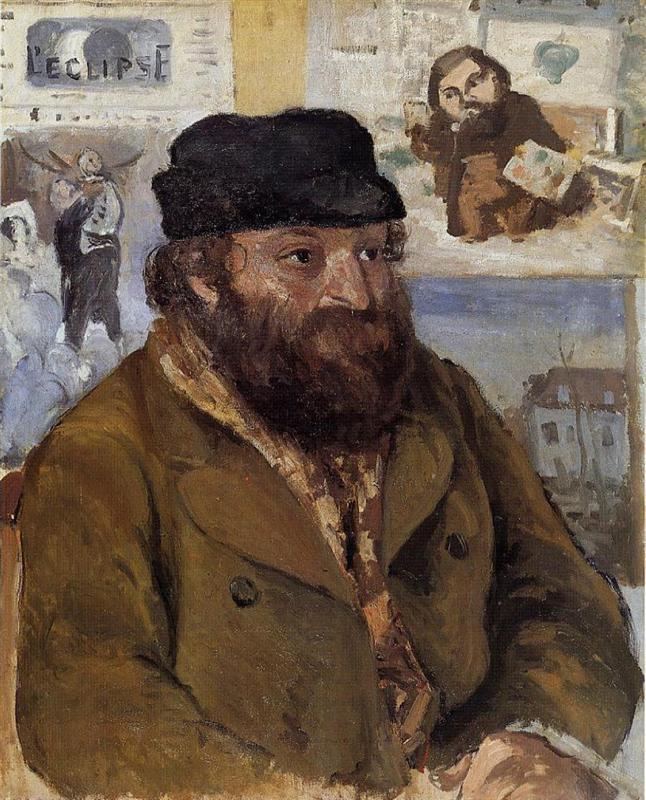 Lucien handed the basket of bread to Régine, who had been working the counter. 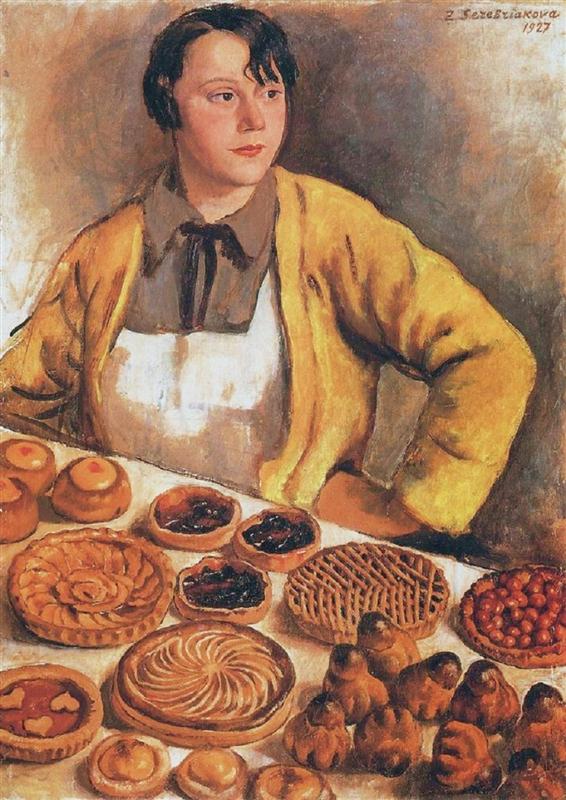 Lucien’s sister would be much prettier and much more angry, but I thought this was a pretty good picture of a Parisian breadseller to hold her place.

“Two baguettes, then,” said the Colorman.

Interestingly enough, baguettes were not the bread of the day in Paris in the 1890s. That’s something that came in the 1920s, and was a function of air quality. The larger, boule loaves that were the staple bread of the day, took much longer to bake, so the ovens in the bakeries had to be fired in the very early, thus filling the neighborhoods with wood and coal smoke, waking people up. A law was passed that forbade bakers to fire their ovens before 4 in the morning, so they had less time to get the bread baked for morning, so they began to make long, thing loaves that would bake more quickly than the large, round loaves that were standard. Baguettes were around, just not as common as today. Now, well now, read this post for my take on French bread: http://www.sacrebleu.info/in-paris-french-bread-is-just-called-bread/

Georges Seurat stood before his partially completed painting The Circus, holding a small round brush loaded with red, trying to ascertain where, exactly, the next small red dot would go. 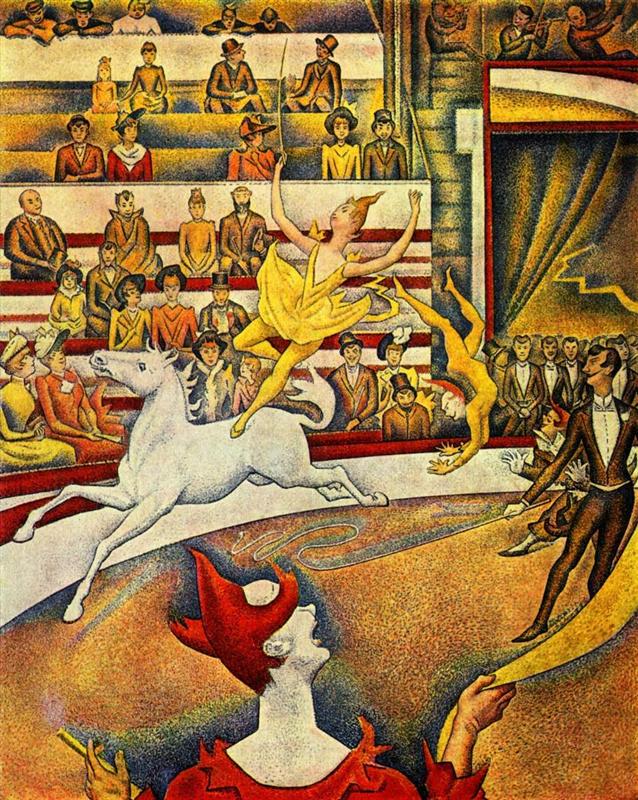 In ten years he had completed only seven major paintings; his last one, The Models, a scene from an artist’s studio, with models undressing, had been panned by critics and rejected by the public as being a picture of daily life with all the life taken out of it. 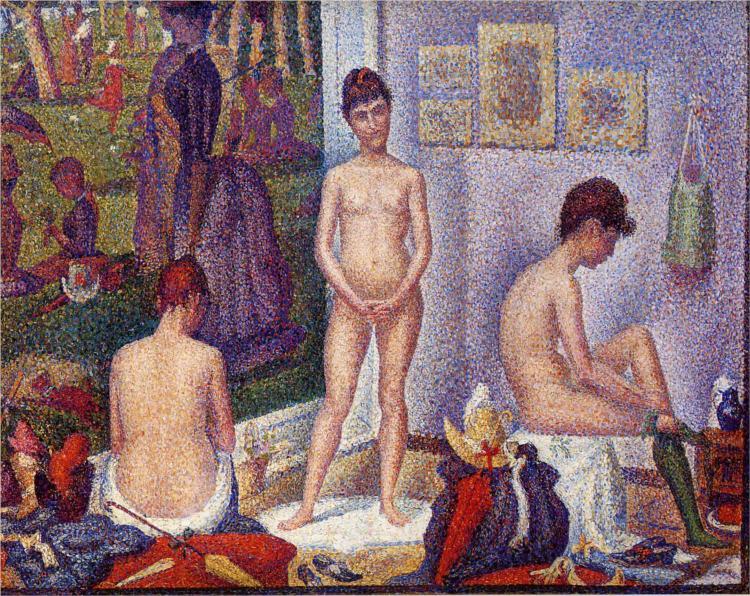 Seated with him, still in her overdone theatrical makeup, was a very thin, very tired Jane Avril. 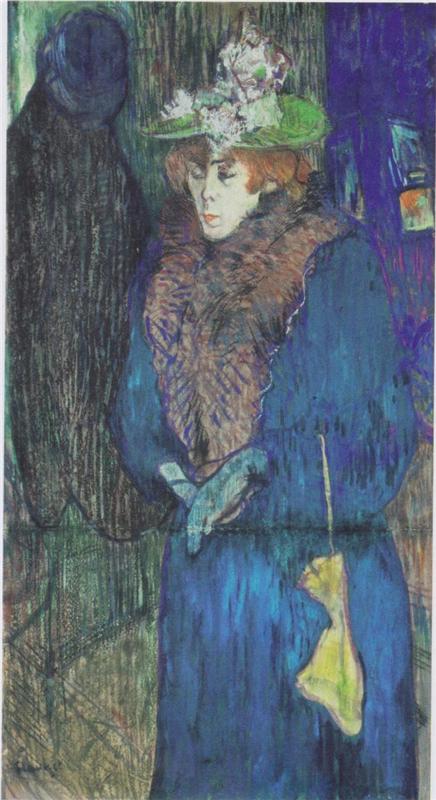 Lautrec painted a number of images of Jane Avril leaving the Moulin Rouge and in all of them she looks completely exhausted. I guess a whole night of singing and dancing wears on you.

“There has a been a new cave discovered in the south, at Altamira. The drawings on the walls may be the oldest that have ever been found.” 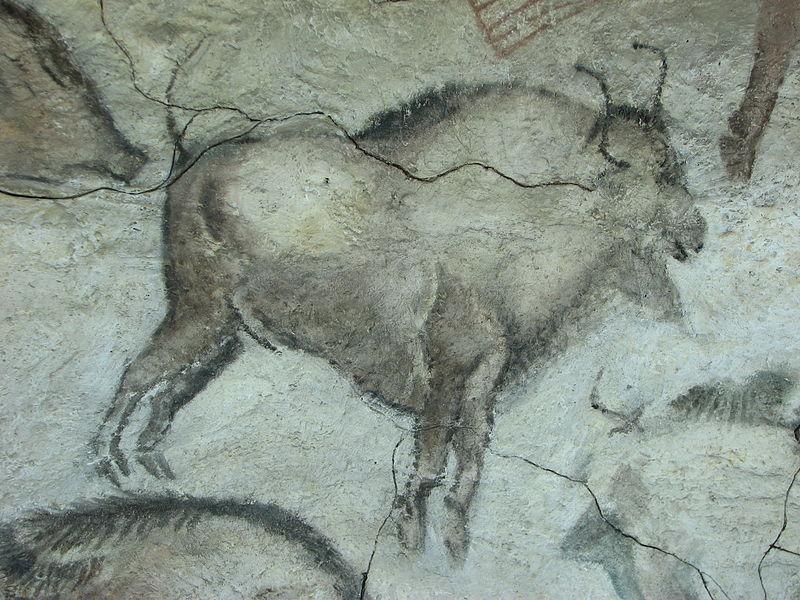 Bison from the walls on the caves at Altamira, Spain, which were discovered (or rediscovered) in 1879. The drawings had been unfound for many years because they were so incredibly deep in the caves, through a series of passages which a man could barely crawl through. This was one of the first discoveries of caves where it was clear that the drawings had never seen the light of day and were possibly of shamanistic inspiration.

But it was in a painting by Hieronymus Bosch that I saw the figure, amid hundreds of others in The Garden of Earthly Delights, a depiction of hell. It was a knotted, apelike figure, with spindly limbs, and he was torturing a young woman with a knife.” 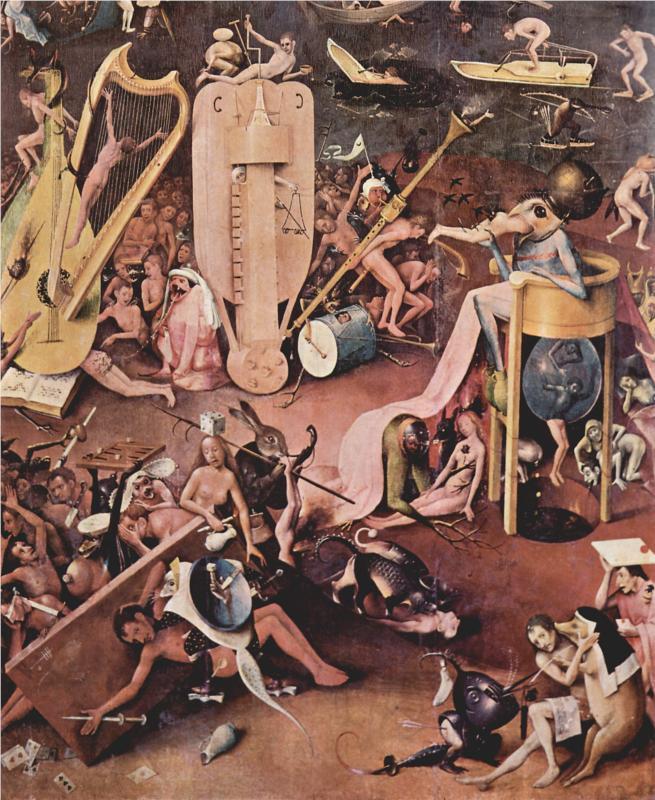 The image that Le Professeur is referring to actually doesn’t exist, although if you looked through Bosch’s paintings, many of which are at the Prada in Madrid, you’ll find things just as weird. What I didn’t realize until I was looking through old photos, is that when I was researching my book Fool, and I was visiting Medieval villages, I had gone to a village called Conque, France, where they had a chapel built in the 1100s, and I found in the picture of the frieze, this image: 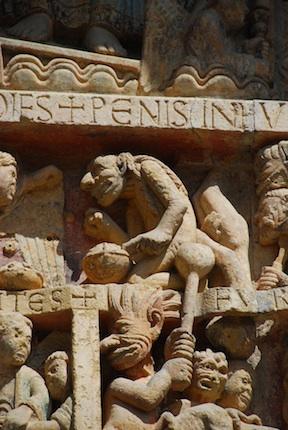 If I’d known about this when I was writing the book, rest assured, this would have been the image that the Professeur would have referenced. Yes, that is the word “penis” above his head.