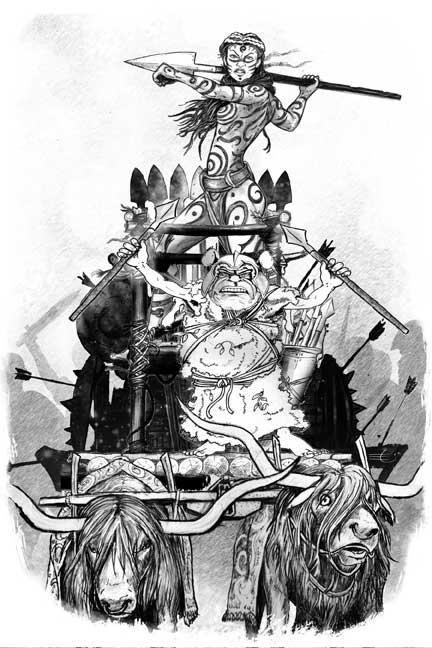 There are apparently NO photos of the Picts. Whaddup with that? There’s not even a consensus of what they looked like. Although if you go by the movies King Arthur and Centurion, they were willowy super-model types painted blue, which works perfectly for our story. Eli is working on a drawing to go here, but who knows…

They were sharing a baguette and butter with coffee at the Café Nouvelle Athènes in Place Pigalle. 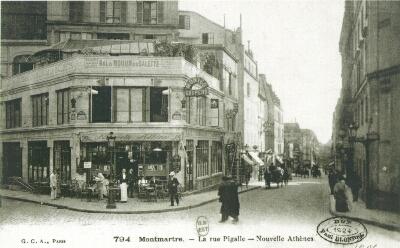 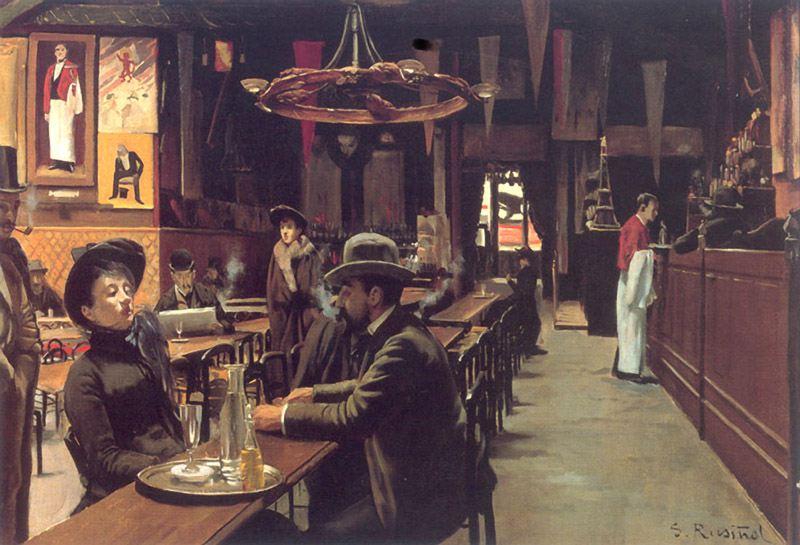 This is pretty-much what a cafe on Montmartre looked like in those days, except the Nouvelle Athenes may have had a bit more light from the windows in front. Here’s another famous cafe painting from the time: 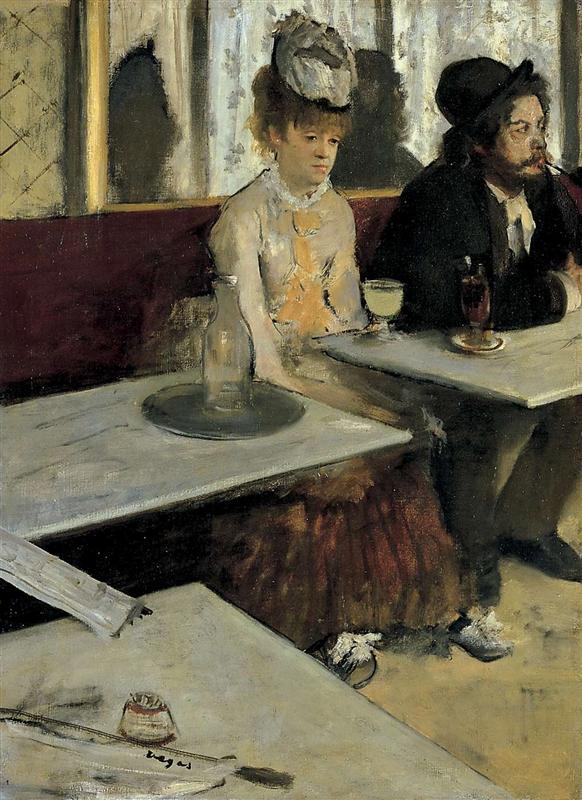 Cezanne and Toulouse-Lautrec also did paintings of absinthe drinkers, and none of the people in them look happy. This stuff was between 80 and 90% alcohol and in some cases, flavored with poisonous (yet halucinagentic) wormwood. The milky green color of the woman’s drink show’s she’s already mixed the liqueur with water. In the early 20th century France outlawed Absinthe made with wormwood and the working class took to drinking Pernod, which is a much less potent version of the trademarked “Green Fairy” liqueur and even today you’ll find old guys standing around the bar in the godawful hours of the morning toasting each other with apertifs of Pernod. (I ate breakfast and watched this in a cafe in Auvers on market day. The old guys just keep making noise when they don’t have anything to say, just rumbling, like a Citroen idling or like they are gargling with poodles.)

“Perhaps then, mademoiselle, you and Lucien can accompany me to the Moulin Rouge this evening 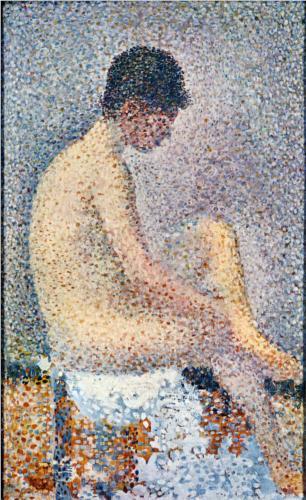 Seurat is more or less considered to be at the center of Pointillism (or penture optic – optic painting(and you can tell in his studies, where the dots are more prominent on smaller drawings, how he’s trying to blend colors by not blending them on the canvas, but in the eye. He’s more a purist in this than others who are known for the technique, like Paul Signac… 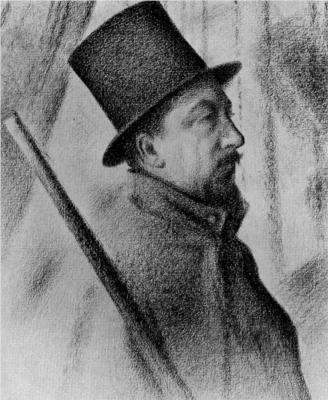 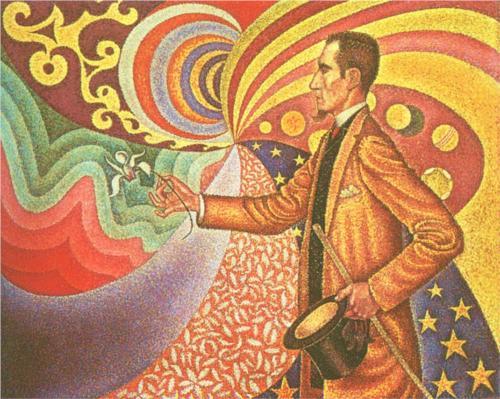 Signac’s colors are going beyond nature, into almost a “super-natural” portrayal. This might be influenced by the poster art he was seeing all over Paris, or by Japanese prints, which can have very vibrant, separated colors, but pointallism will lead it’s practicers into a movement of bright, almost violent color, and the group that used them, would call themselves, the “Fauves” or “beasts”. Henri Matisse would lead painting into Modern Art with color, and Piccasso and Braque would lead it with shape, by way of Cezanne. Just to give you some context. 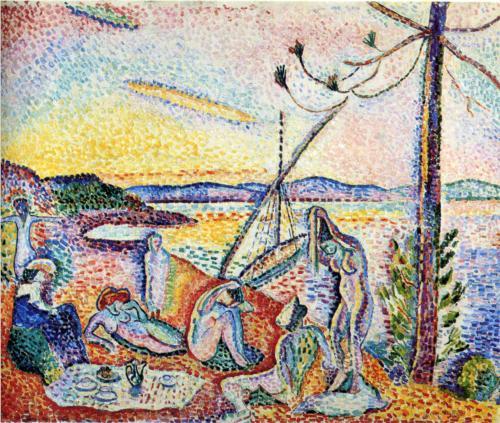