Chapter 24 – The Architecture of Amusement

“The Colorman makes the color—we call it Sacré Bleu—but I take over the models, enter them, as a spirit, control them, and when the Sacré Bleu goes onto the canvas, I can stop time, take the artists to places they have never been, show them things, inspire them.

I was Monet’s Camille, 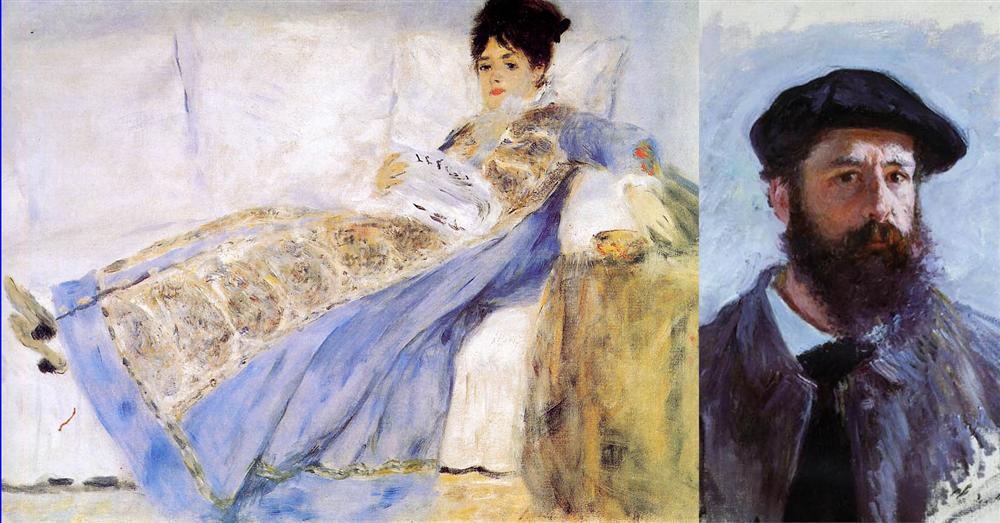 I was Renoir’s Margot, 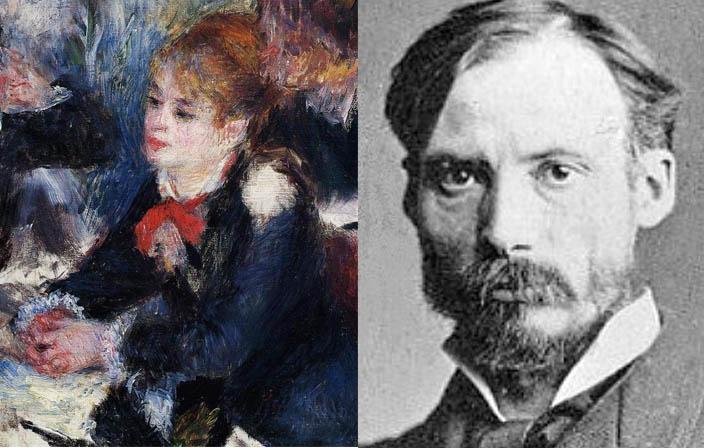 I was Manet’s Victorine, 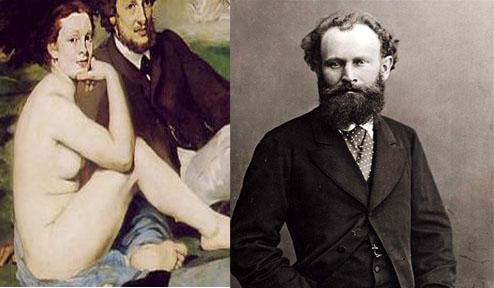 and many others, and for a very long time. I have been them all. 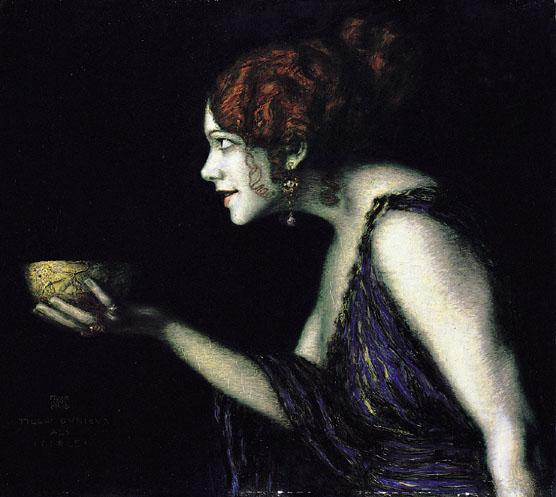 There aren’t a lot of paintings of individual muses, but there are tons of paintings with Circe, who was sort of a trickster/sorceress, and this one just has the sort of sneaky look that I think our Julliet would have. (Plus, the blue dress.) 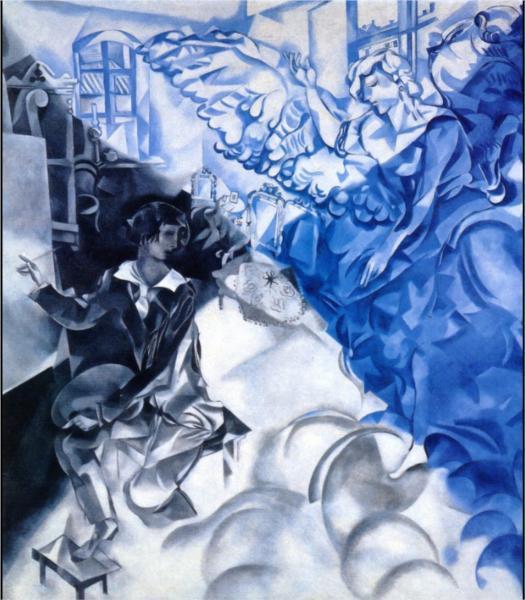 He looked distressed. “So I’ve been shagging a drowned beggar from the morgue?” 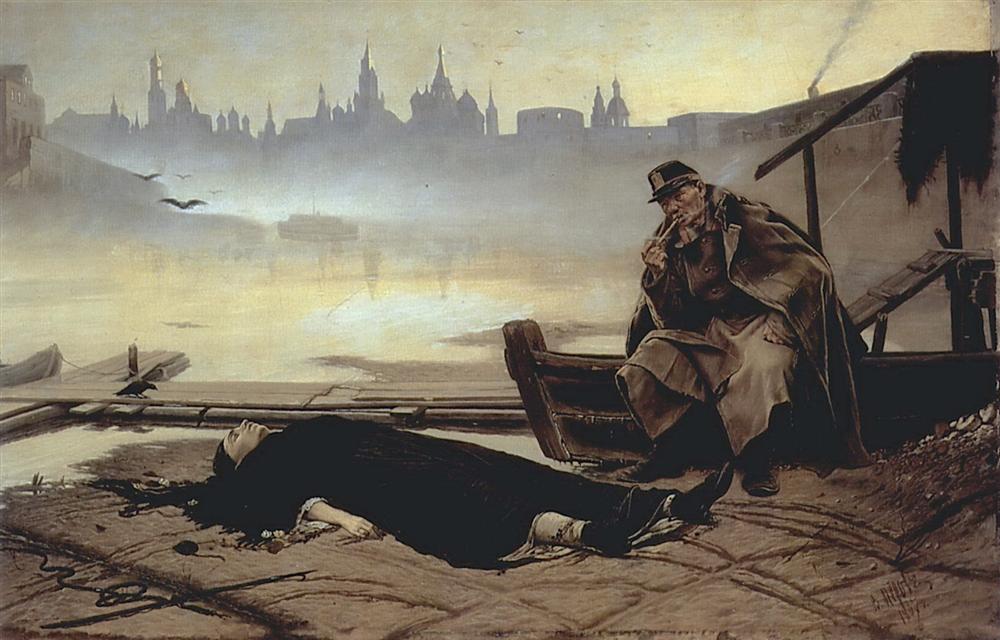 “You know what I hated most about posing for Leda and the Swan?” said Juliette. “The part where you have to bonk the swan.” 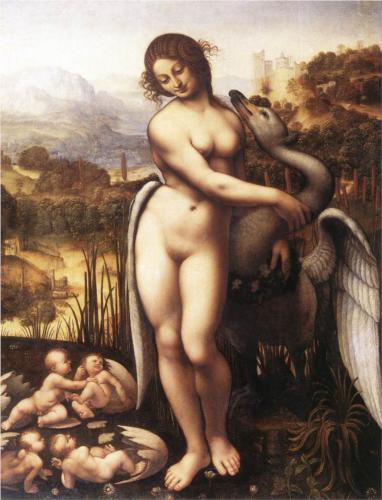 The reason Bleu says this, of course, is that if she was posing for painters all these years, she had to pose as Leda, one of the most pervasive images through history. There were four women you had to paint. The Virgin Mary, Venus, Leda and the Swan, and Judith and Holfernes. (The last of which involves decapitation. Don’t get me started, I have a whole hour on Judith paintings.) 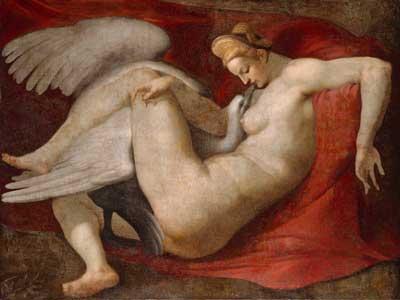 Here’s Michelangelo’s Leda from 1520. How do you know it’s Michelangelo? Because Leda is more or less a dude with boobs pasted on. I think it’s pretty clear from his work, that if they’d been around at the time, Michelangelo would have kept a stable of Ladyboys for models. 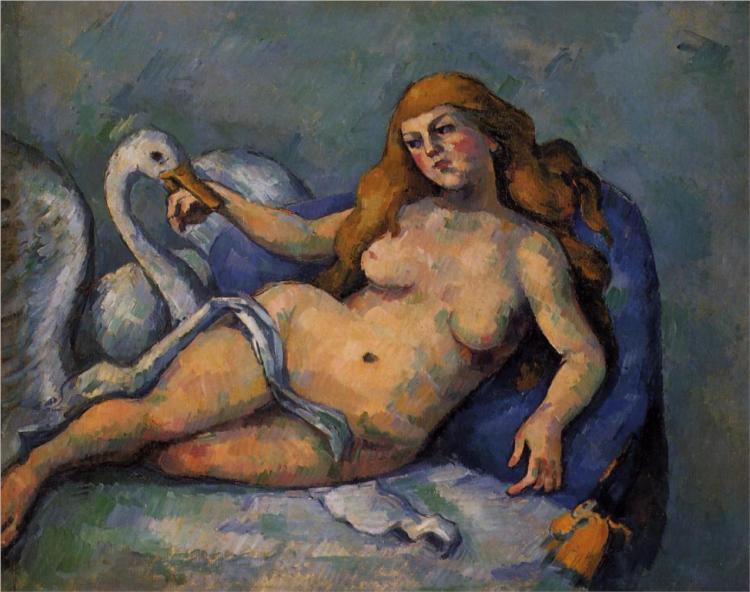 This is the only Leda and the Swan I could find by an Impressionist. They had so turned to drawing life as they saw it, capturing a moment, that many of the classical myth motifs were left behind. They figured if you wanted to paint a nude woman, you just call it nude, you don’t have to call it Venus, and plaster her with cherubs. Cezanne, however, had some issues with women (he hid his wife, the mother of his son, from his father for 20 years, fearing he’d lose his allowance). I wish I’d had time to explore him more in the book, but as you can probably tell by now, the story was really trying to tell art and history to get out of the way.

“What are you, a painter or the people-shooter counting person man? I fucking shot him. 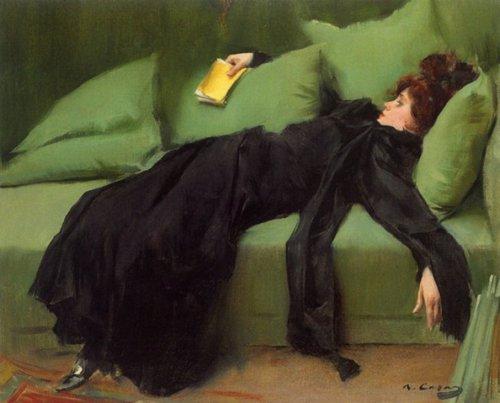 I chose this picture because it’s the only painting I’ve ever seen that portrays a “lady” of the time who is clearly hammered, and Juliette/Bleu is really hammered. I looked everywhere for paintings of girls hurling (not the Canadian kind, the vomiting kind), but no luck.