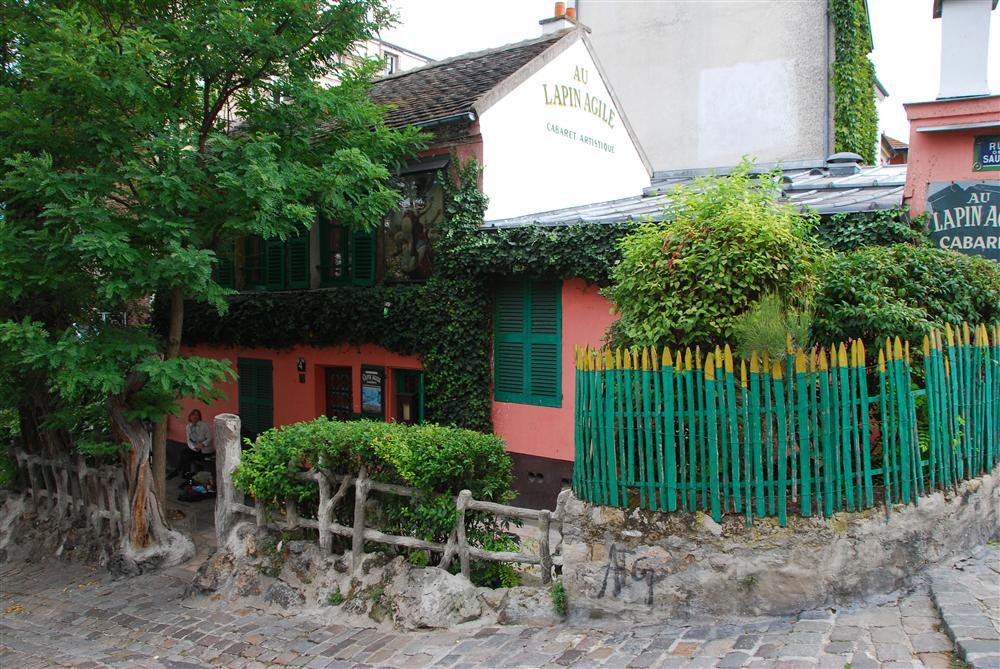 “They sat on a bench across from the cabaret the Lapin Agile, a small vineyard at their back, the city of Paris spread out before them”

The Lapin Agile as it appears today. It is still open for business. Just across the street is the last vineyard still left on Montmartre and they hold a harvest festival on the Butte every year to celebrate its bounty. 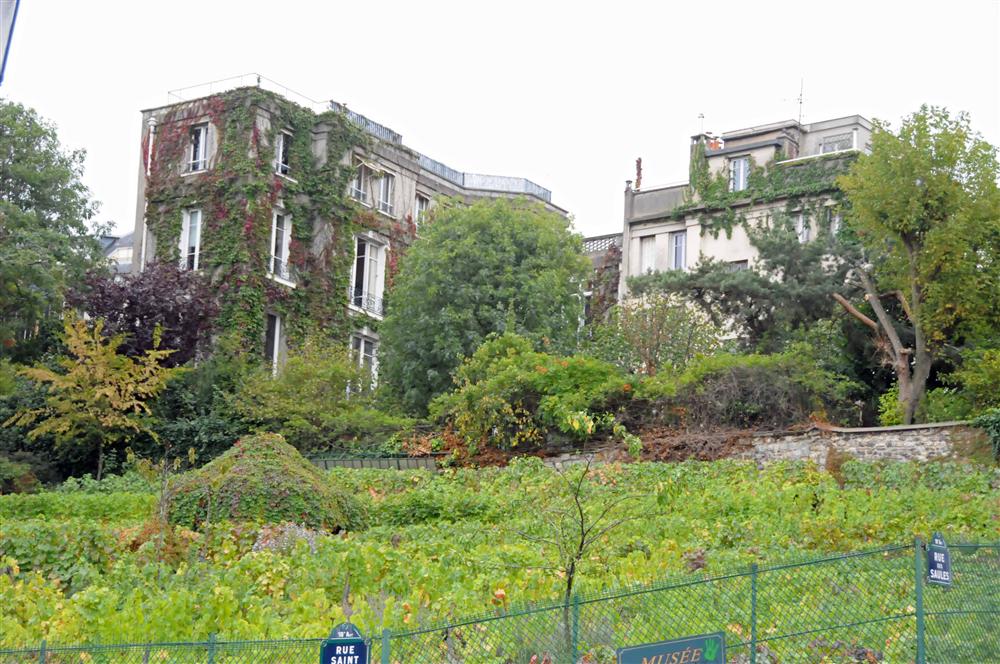 This is the vinyard today. The bench where Lucien and Julliette sat would be almost directly under the lower Rue Saint Salas sign, and there is a bench there today, but I didn’t know I was going to write that scene when I took this picture.

“It’s taller than I thought it would be when they started it.” The tower had been barely three stories tall when she had disappeared. 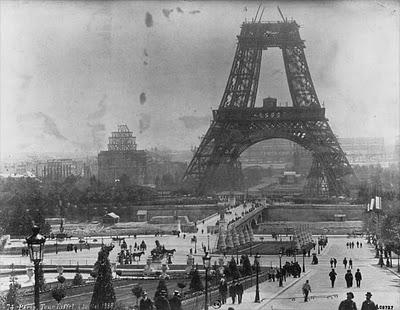 The Eiffle Tower in 1888, when it was still under construction. About the time Julliete disappeared.

“The master has painted over another painting, and over the years, the old image is beginning to show through. It is not clear, but you can see that something has come before and does not belong.” 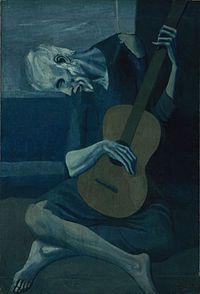 Under infra-red light, this painting reveals the pentimento… 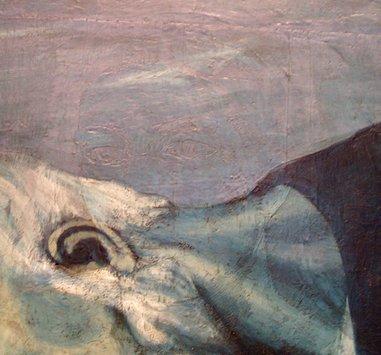 Detail from the The Old Guitarist- Pablo Picasso- 1903. Notice the famous painting has been painted over the portrait of a woman that is beginning to show through, a Pentimento.

Here’s Pentimento I found myself, just a few minutes ago, on one of Google’s new art project sites. They are digitizing great works of art of the world, in very high resolution. Thing about Venus, and the other pictures at the Uffuzi in Florence, is you can’t photograph them. Anyway, it’s Venus’s first thumb, sneaking through the final painting. 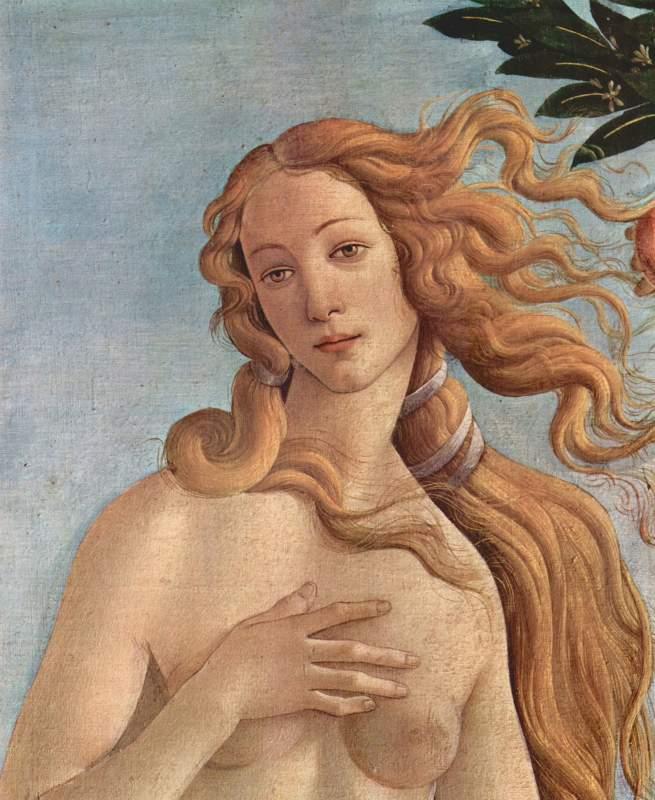 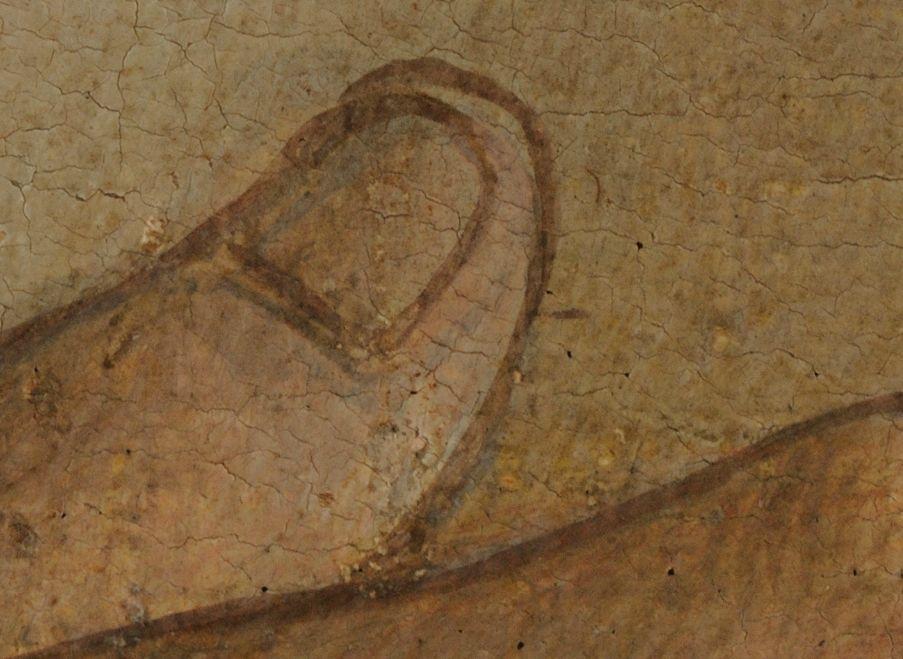 Looks like she had a much bigger thumbnail on the first draft.
“No, not really. But it is Romanian. Made from beetles hand-picked from the roots of weeds near Bucharest. But they are ugly beetles. They might be virgins. I wouldn’t fuck them. You want some?” 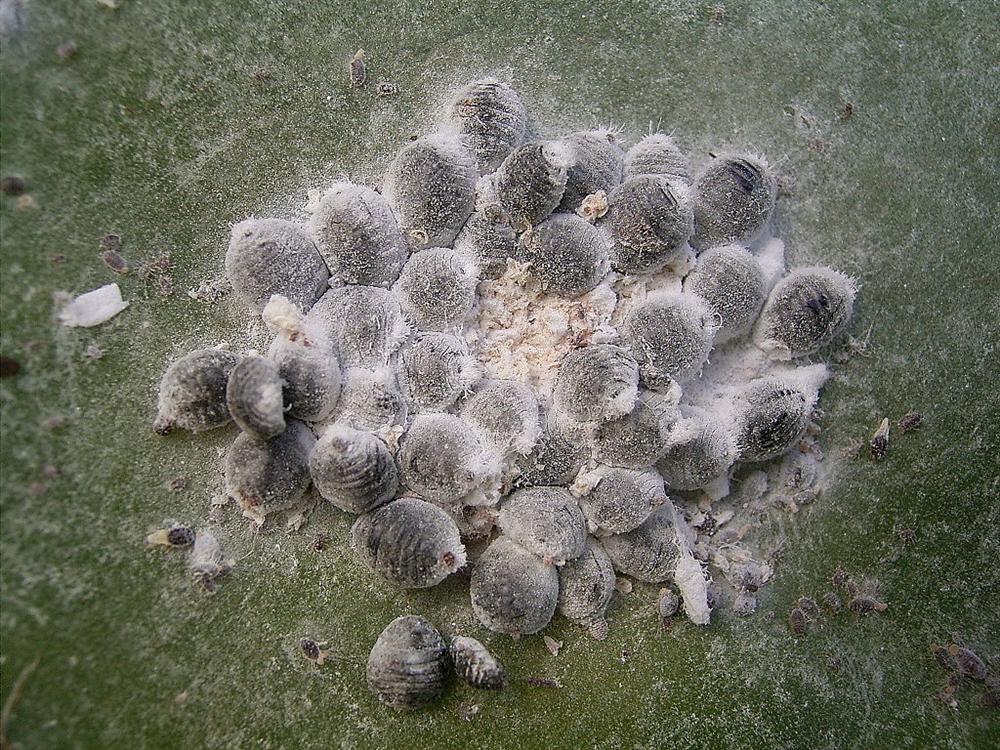 Cochineal beetles are crushed and the pigment is used, even today, in lipstick, rouge, fabric dyes, and other applications. This is a cluster of female beetles on the cactus which they almost exclusively feed.

It was the painting of a redheaded woman in a plain white blouse and black skirt, looking out a window. 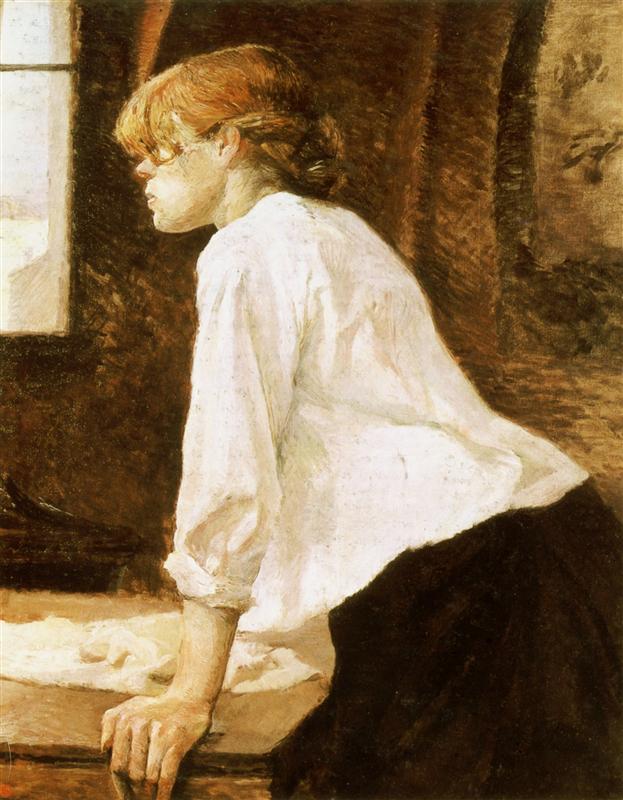 The Laundress by Toulouse-Lautrec, about 1887 or 88. This is my favorite Toulouse-Lautrec painting of them all, and I’m not sure why, except it seems to warm and quiet compared to the cabaret and brothel pictures. It was this painting the led me to create the relationship between Henri and Carmen. 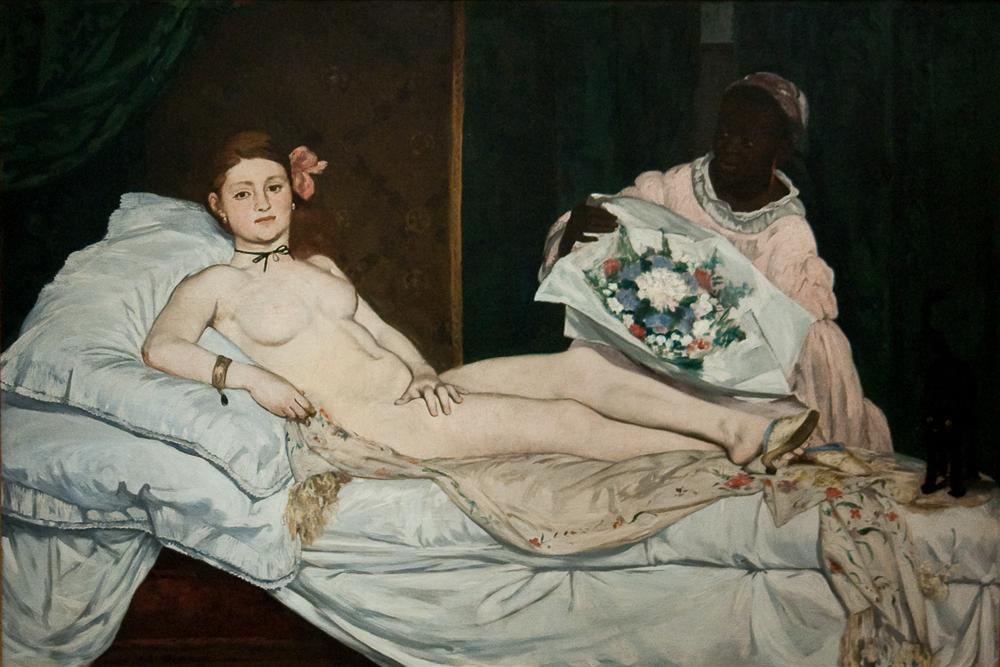 “Olympia,” said Lucien. “A masterpiece, but you are much prettier than Manet’s model, Victorine.

Olympia, by Edouard Manet. This painting and the model, Victorine Meurent would become very important to French art history. We’ll be hearing more about this painting and Victorine later in the book, but at the time, this painting, more than likely, was only displayed in Manet’s home or brought out for special shows.

They were all young artists, full of themselves, their talent, and the infinite possibilities of the results of mixing imagination and craft. They had spent the day at Cormon’s studio, listening to the master prattle on about the academic tradition and techniques of the masters. 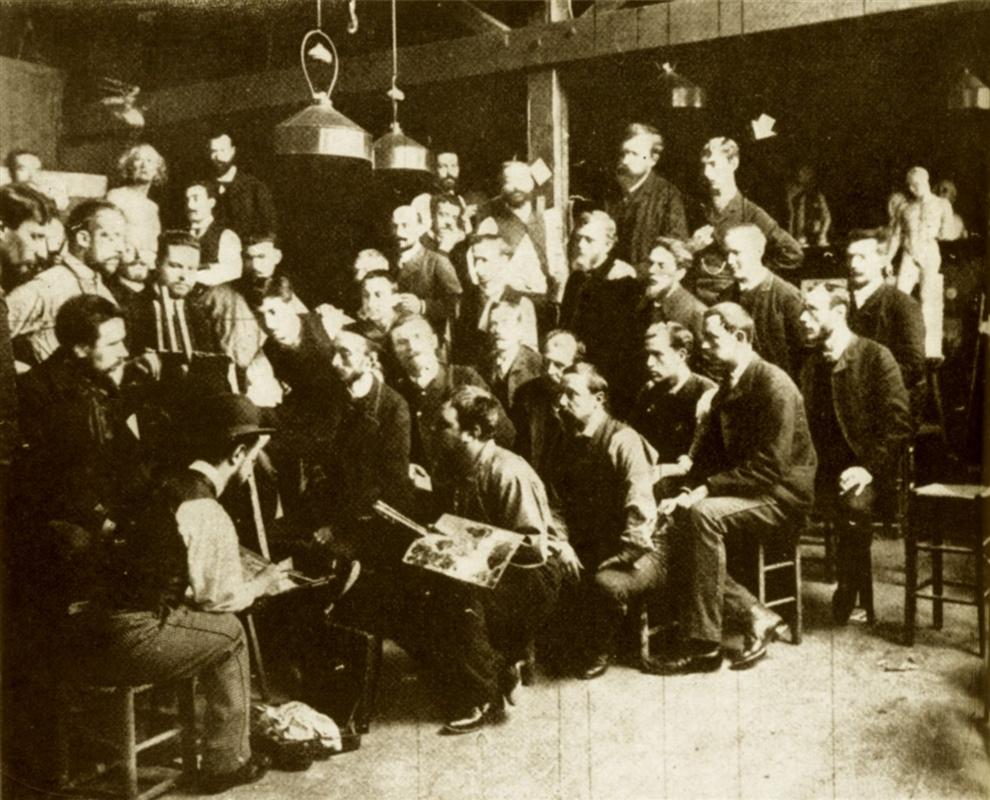 Cormon’s Studio – Toulouse-Lautrec is in the lower left hand corner. If I was guessing, I’d say that guy sitting in the last row is Vincent Van Gogh.

“She’s yours,” said Bernard, the baby-face, barely a beard pushing through on his chin. “Like new mold on cheese,” Henri had teased him. 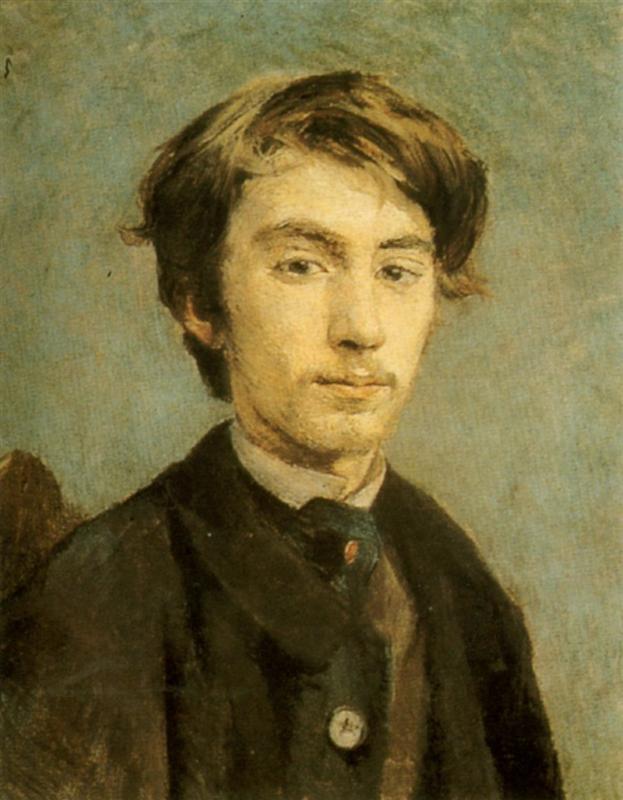 Emile Bernard -Self-Portrait, about the time that he was attending Corman’s studio with Toulouse-Lautrec. 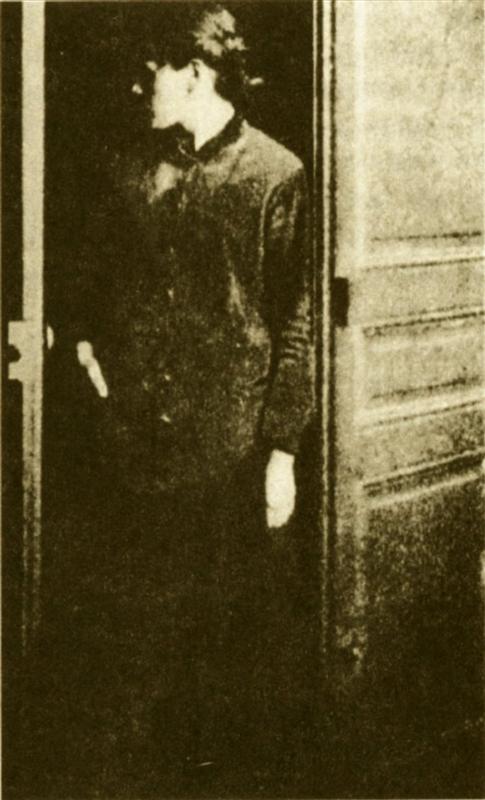 Carmen Gaudin – this is the only photograph I’ve ever been able to find of Carmen. Appropriately, she is looking away from the camera. I couldn’t find credit, but it was likely taken by Henri’s friend Maurice Guilbert. 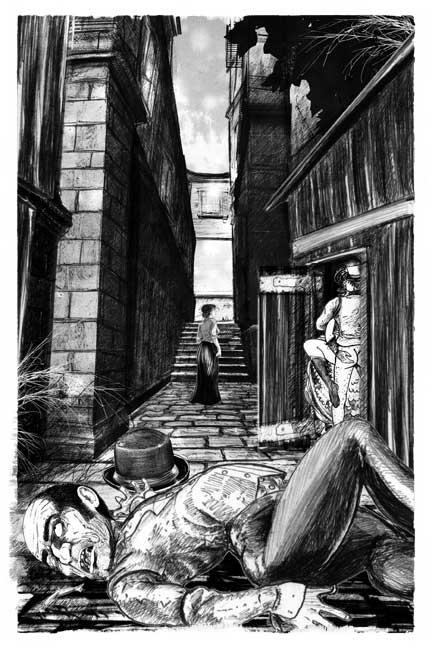