The whore said, “Oh, Monsieur Lessard, I have seen your painting at La Mirliton. It is so beautiful.” 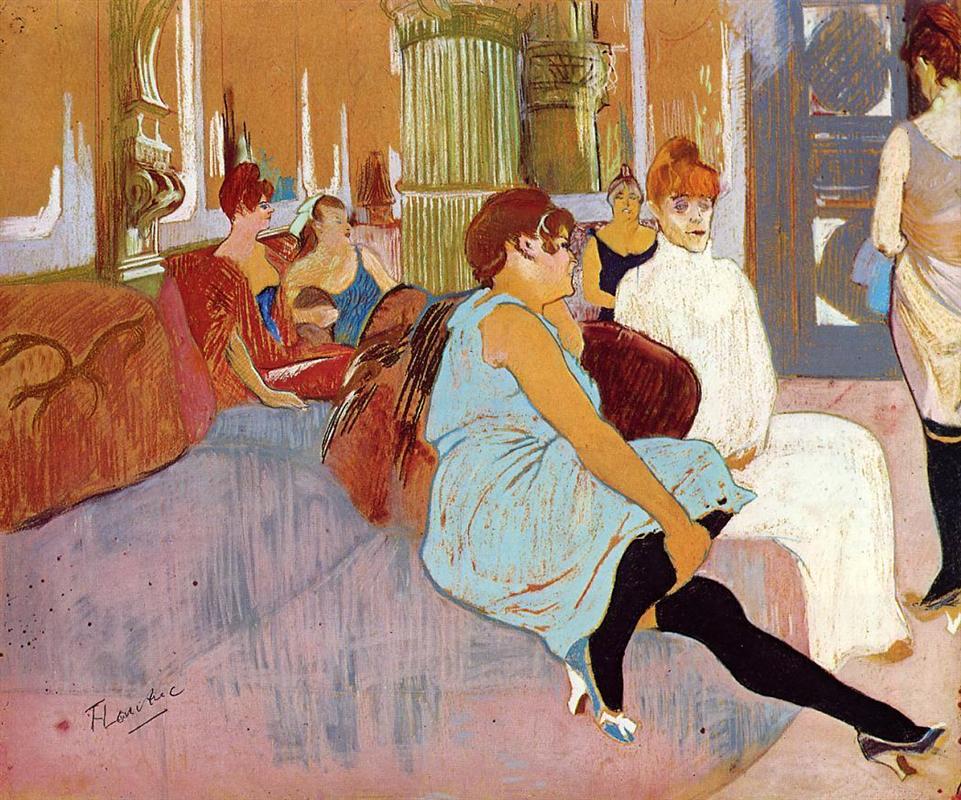 Henri smiled. “I am the painter Toulouse-Lautrec.”

“Better than nothing,” said Lucien. 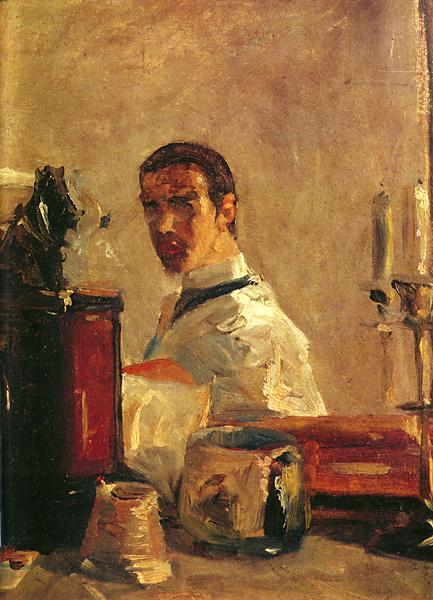 When he had been a sailor, Paul Gauguin had dreamed of fields of yellow corn, red cows grazing in meadows, and rusty peasants sleeping on haystacks. 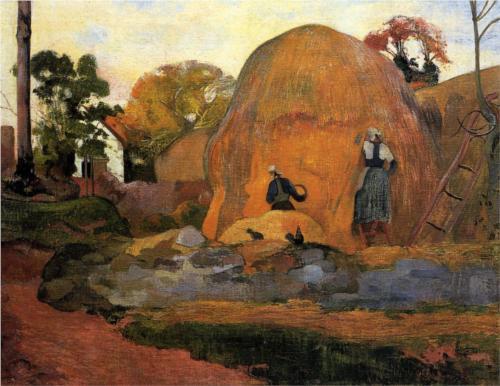 When he was a stockbroker he dreamed of ships becalmed in flat, aquamarine seas, their sails as flaccid and pale as shroud 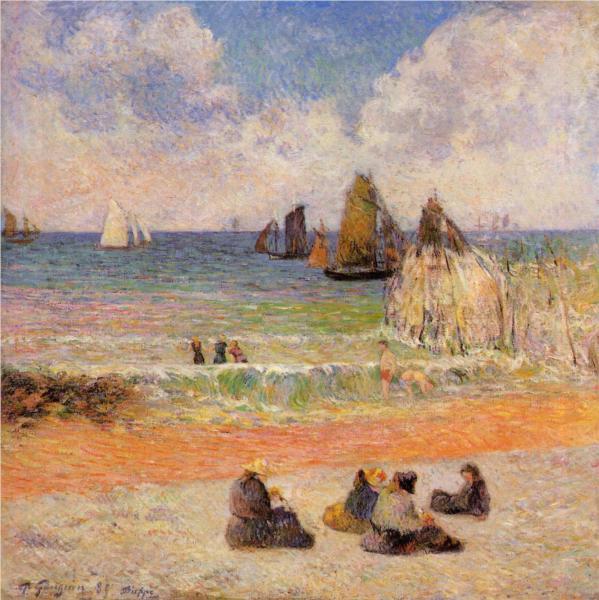 Bathing, Dieppe – Paul Gauguin – 1885
Now a painter, he slept alone in his tiny Paris apartment and dreamed of tropical islands where buttery brown girls moved in cool shadows like spirits, 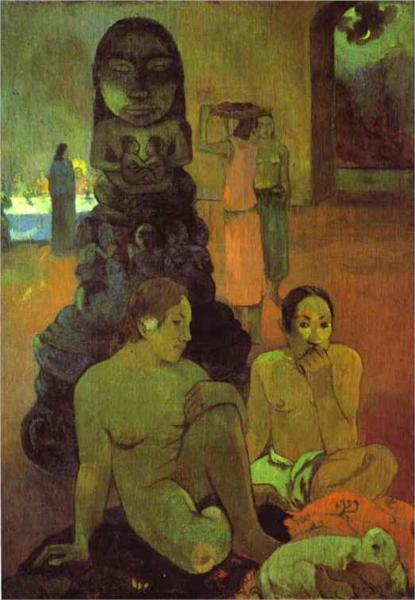 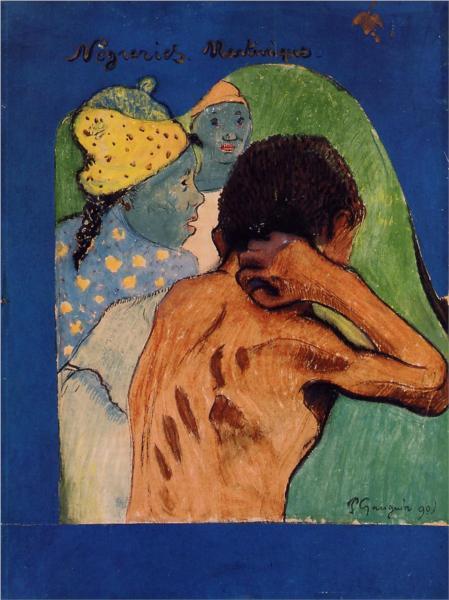 Negreries – Martinique – Paul Gauguin – 1890
–but this one was different, a Polynesian, in a crisp white and blue mission dress, white flowers in her long hair. The girl didn’t frighten him at all. She was young and pretty and innocent in the wild unspoiled way of the Pacific, but there was a shadow there, behind her, something small and dark and menacing. 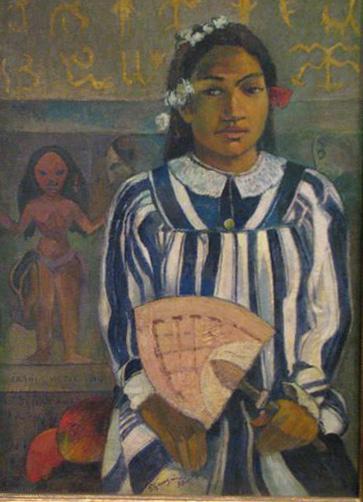 Tehman Has Many Parents – Paul Gauguin – 1893
Gauguin painted many pictures of island girls that had a strange, dark figure lurking the background, which seemed to me the perfect shadow cast by the Colorman.
—the dark figure always lurked there; 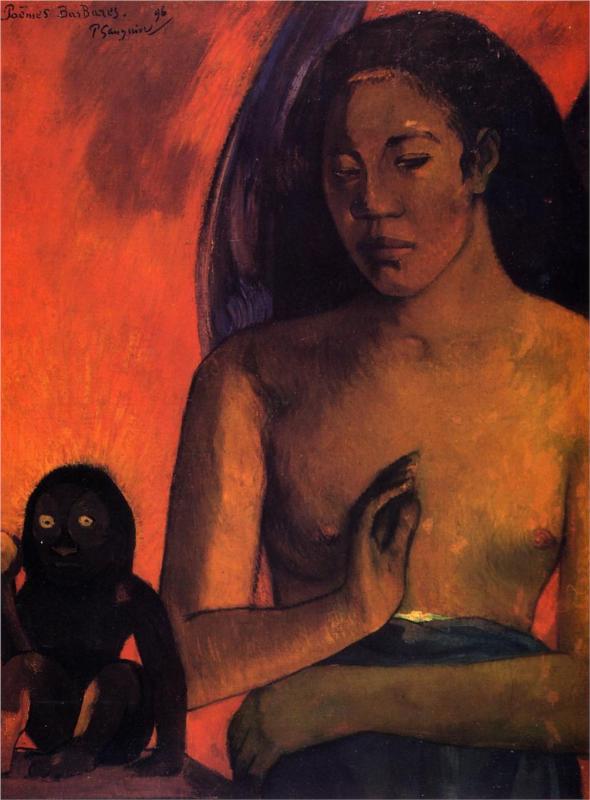 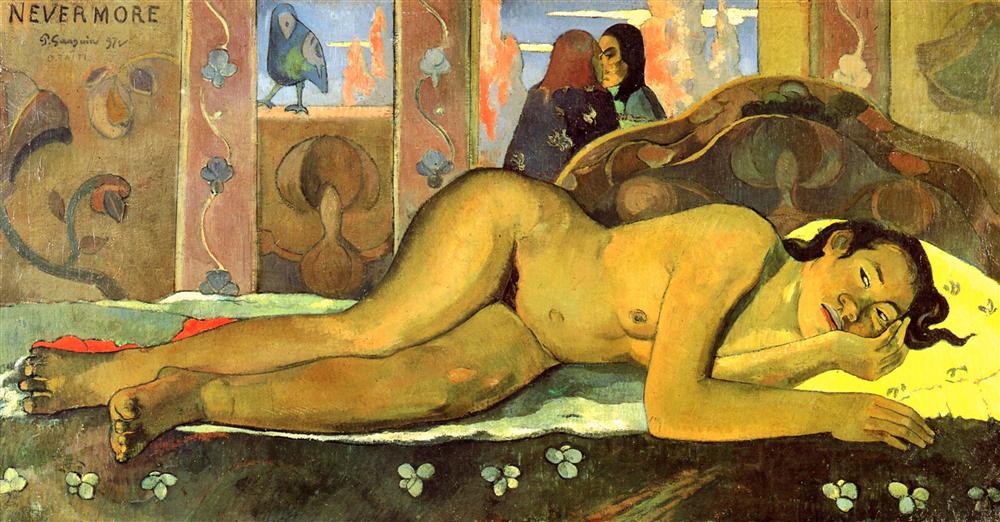