Chapter 20 – Breakfast at the Black Cat

Upon his return from the show in Brussels, Henri dragged Lucien out of the bakery and across the butte to Le Chat Noir cabaret for breakfast. 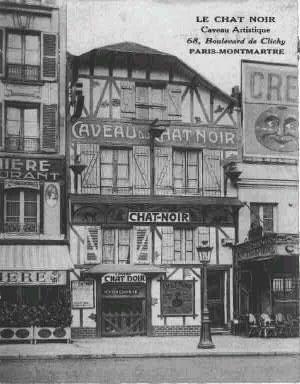 Le Chat Noir from the period.
Rodolphe Salis, a dark-bearded, formally dressed man of forty, unlocked the cabaret for them and led them to a booth where they could see the walls Henri was to paint. 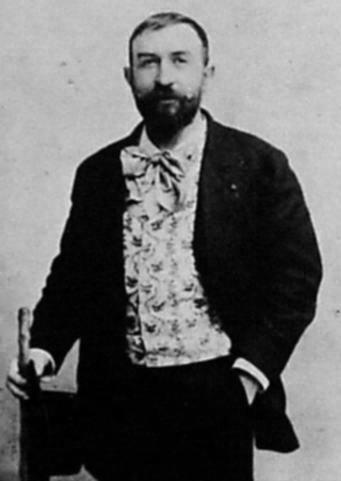 Rodolpher Salis – owner of Le Chat Noir
Behind the marble-topped bar was an enormous mural by Adolphe Willette, a cartoon, really, depicting a modern-day Bacchanalia — 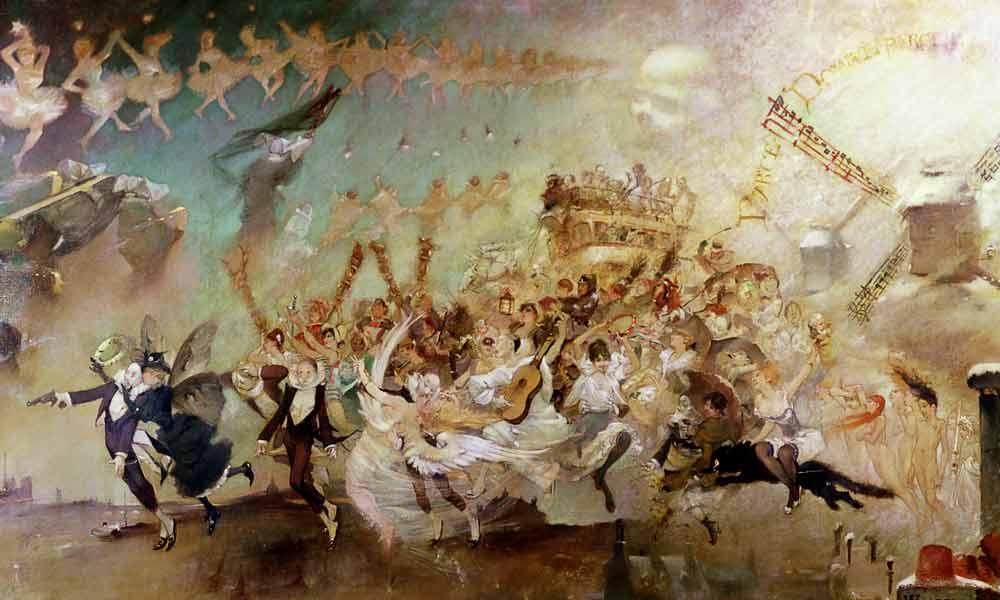 Mural from Le Chat Noir – Adophe Willette
This piece now hangs in the Musee Montmartre, which, incidentally, is housed in a building in which Renoir lived during the 1870s. 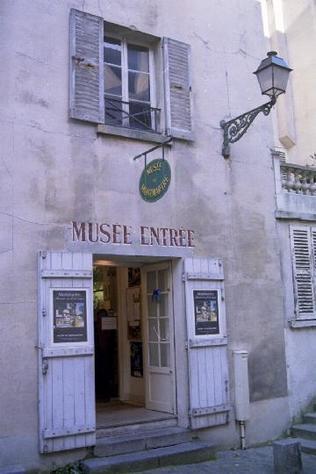 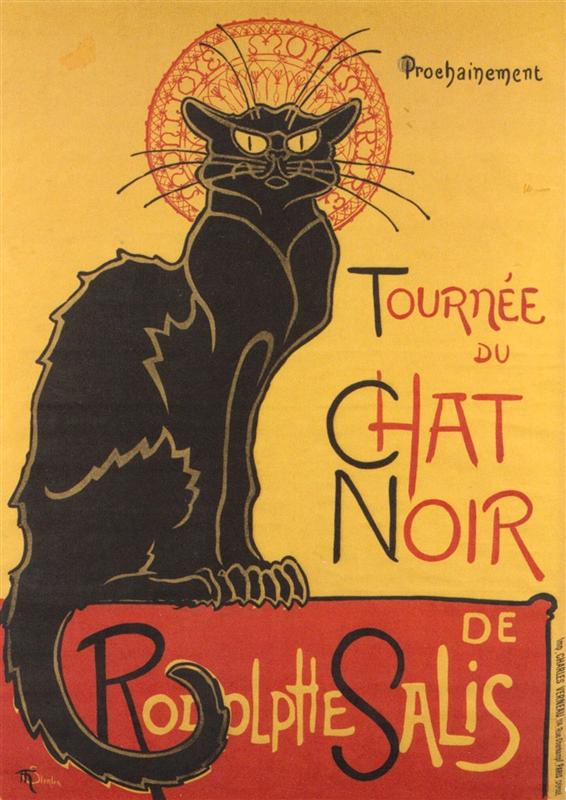 Iconic Chat Noir poster by Théophile Steinlein. Steinlein, along with Jules Cheret, Alphonse Mucha, Adolphe Willette and Leonetto Cappiello elevated advertising to the level of fine art. Their posters were reprinted in miniature and distributed by subscription in monthly portfolios and they put on exhibitions of poster art as the Maîtres de l’Affiche (masters of the poster).

And I’m good friends with one of the clowns there, Cha-U-Kao. She would have modeled for me. She’s both a clown and a lesbian. At the same time! Art weeps for the missed opportunity. 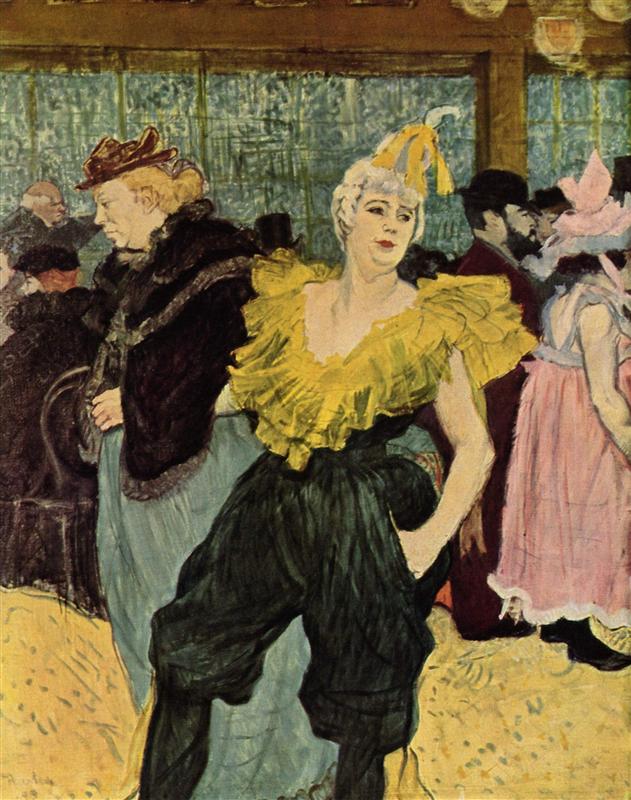 The Clowness Cha-U-Kao – Henri Toulouse-Lautrec – 1890
Sometimes, however, as she had with Juliette, Bleu simply found the meat, a corpse (this one had been a drowned woman in the morgue on Île de la Cité) and she would shape it into a whole new living, breathing creature. 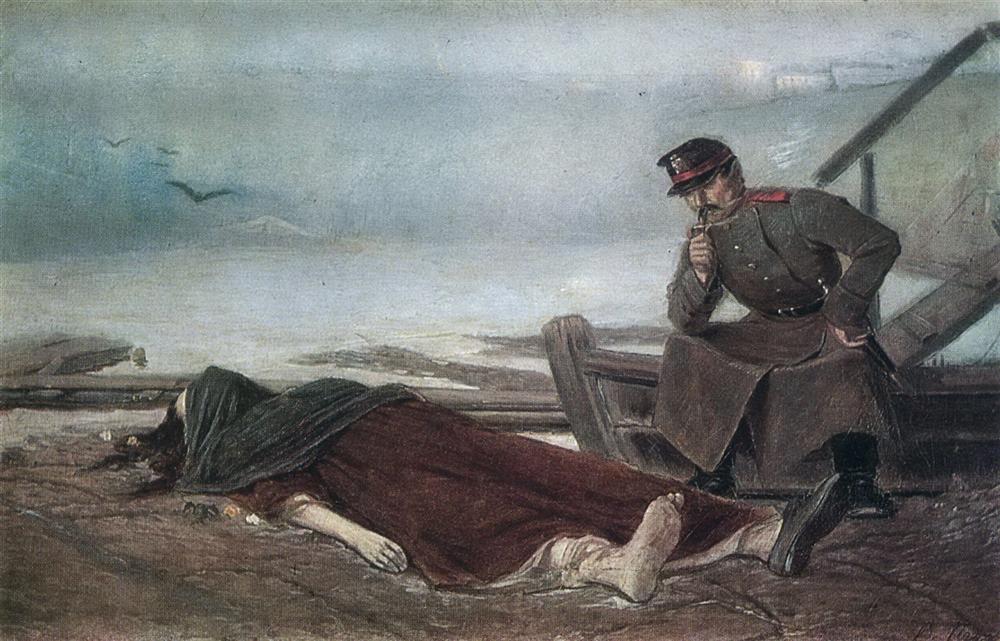 Drowned – Vasily Prson – 1867
I lived on Île de la Cité in Paris for two months while I was researching Sacré Bleu, but I never found the morgue there. It might have been in the Hotel de Dieu (Hotel of God) which is a hospital, but I just wasn’t sure enough of my French to ask someone if I could poke around in the Morgue.

–getting a taxi at midnight in the Latin Quarter was very difficult indeed, especially if you were a fourteen-year-old Polynesian girl, which is how Bleu currently appeared… 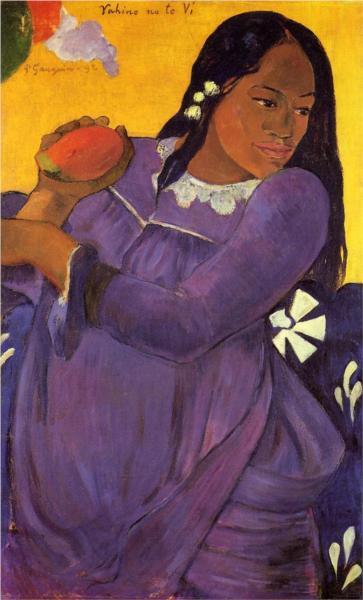 Woman with a Mango – Paul Gauguin – 1892
The streets were nearly deserted so it took only a half an hour to get across the city to the base of Montmartre. 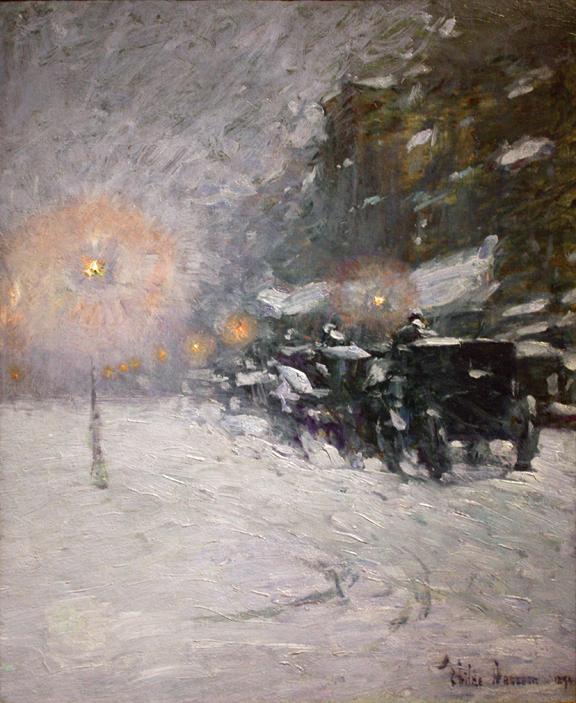