He was a stout, stern-faced man, in a grand, broad-brimmed hat, high-heeled sewer-cleaner boots, a black cape, and a brilliant red scarf. He was two parts talent, three parts affectation, and five parts noise. 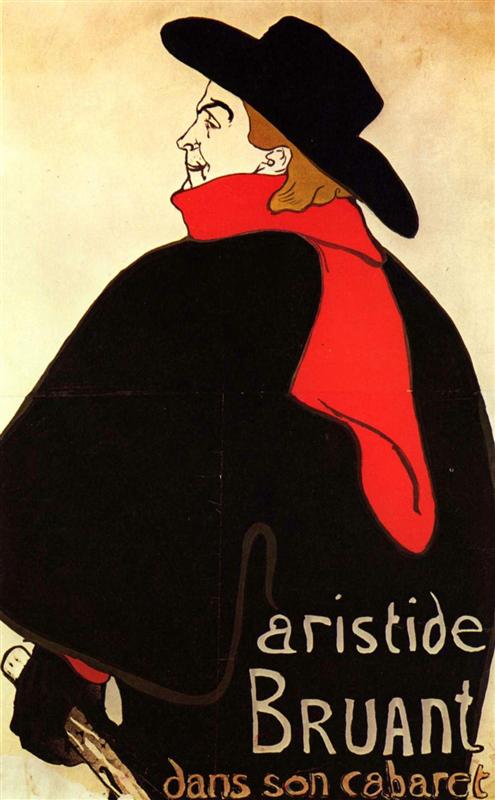 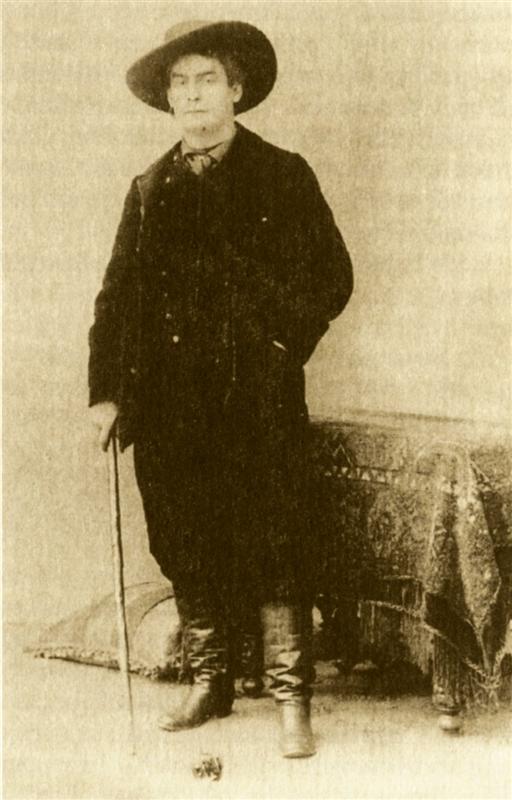 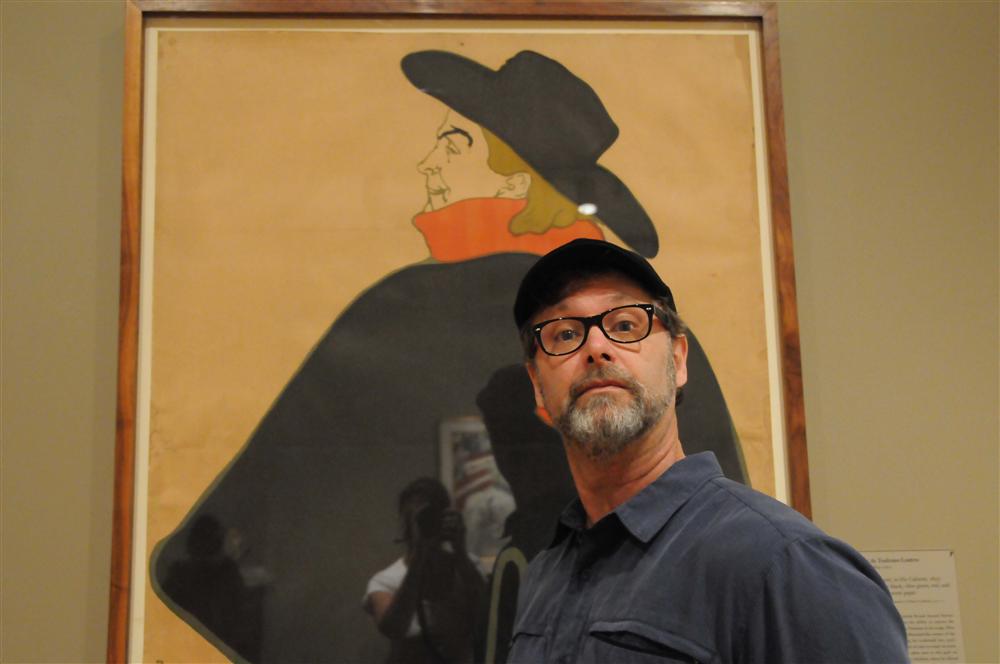 I need to go to Brussels, and to show with La Vent Group , and I have promised to print new posters for the Chat Noir and the Moulin Rouge.” 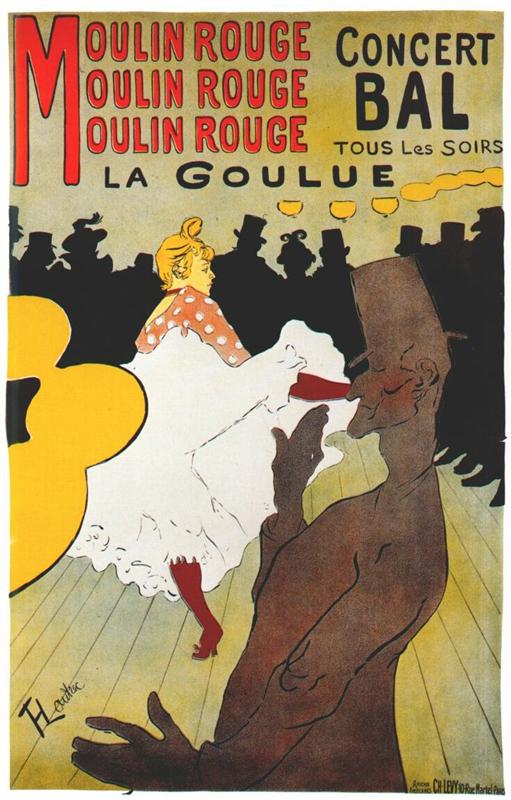 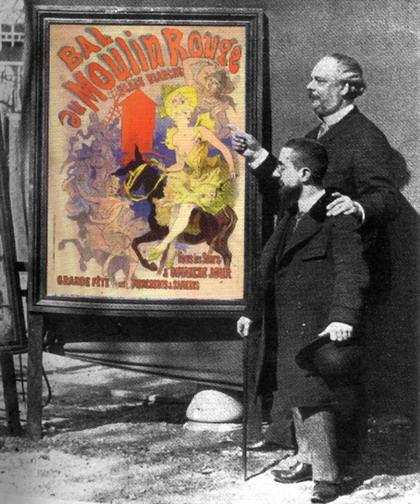 Henri with poster and Mr. Tremolada, manager of the Moulin Rouge, with a Jules Cheret poster. The color has been Photoshopped in. 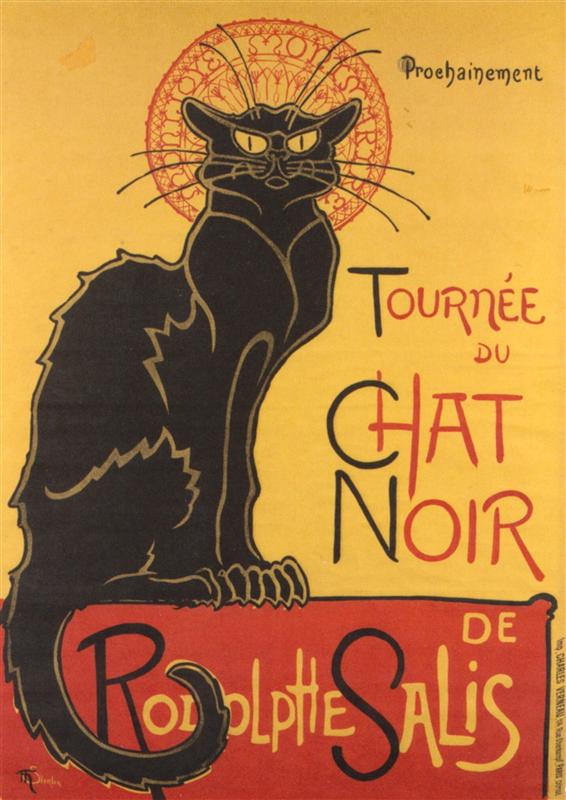 Chat Noir – Poster – The most famous of the Chat Noir images by Théophile Alexandre Steinlen.

Toulouse-Lautrec was part of a movement in the art of poster-making in the1890s, that led to collectors and limited edtions being issued. Steinlein, Cheret, Toulouse-Lautrec, and later Alphonse Mucha all produced images in this period that began as commercial art that would someday be considered fine art. The first draft cover for Sacré Bleu was from a JOB rolling paper poster by Alphonse Mucha. The model was originally holding a cigarette. 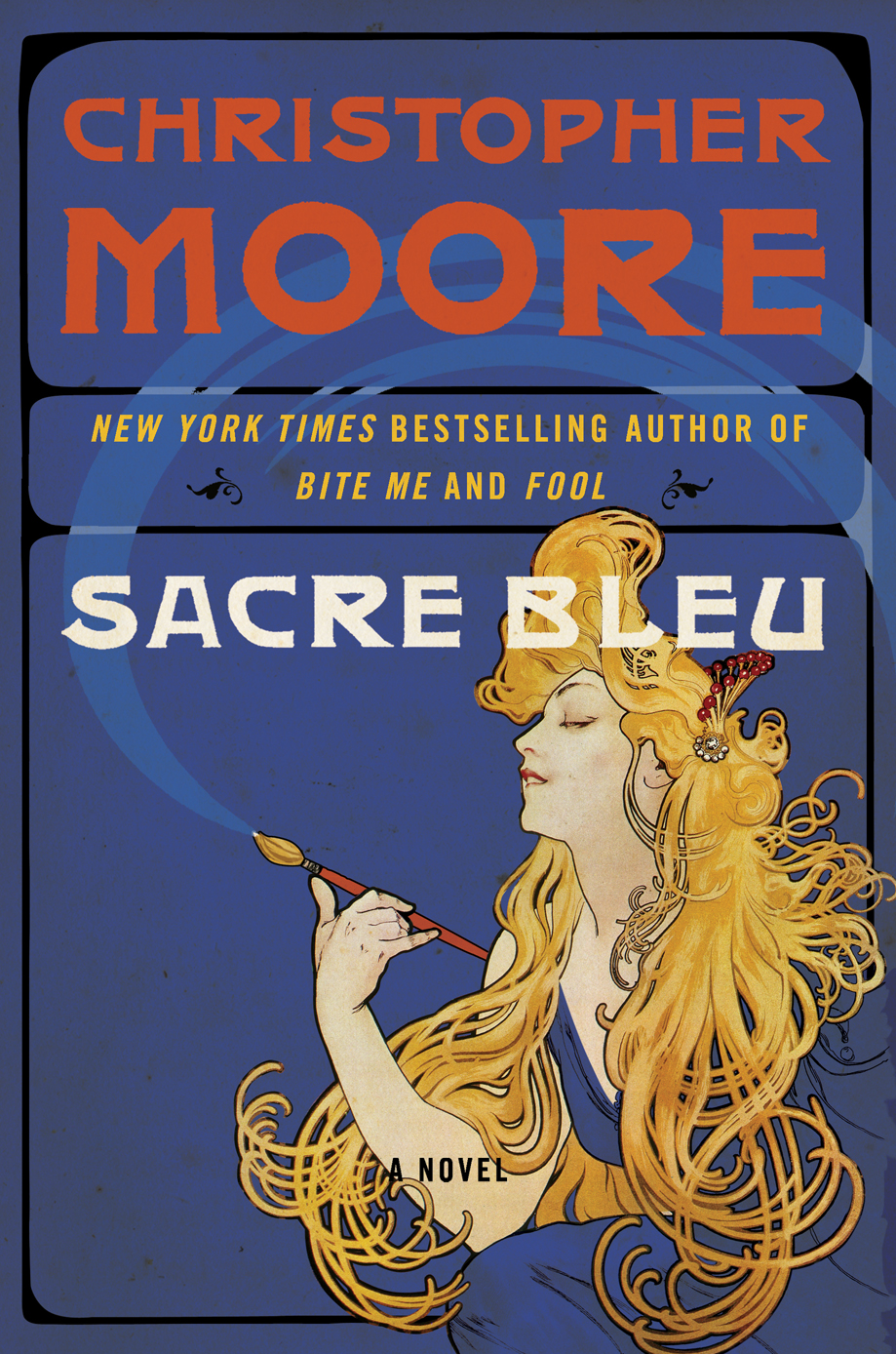 “And he owes me a cartoon for Le Mirliton,” said Bruant. 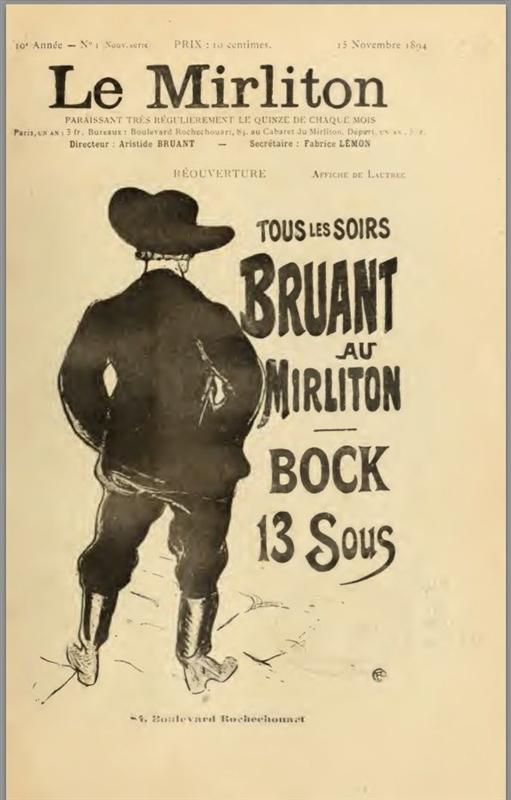 Le Mirliton was the “arts” magazine published by Aristide Bruyant. This illustration is by Toulouse-Lautrec.

And therein lay the artist’s dilemma: to paint for filthy lucre was a compromise of principles, but to be an artist who didn’t sell was to be anonymous as an artist.

Henri liked to play a game he called Guess the Pimp in the ballroom of the Moulin de la Galette. 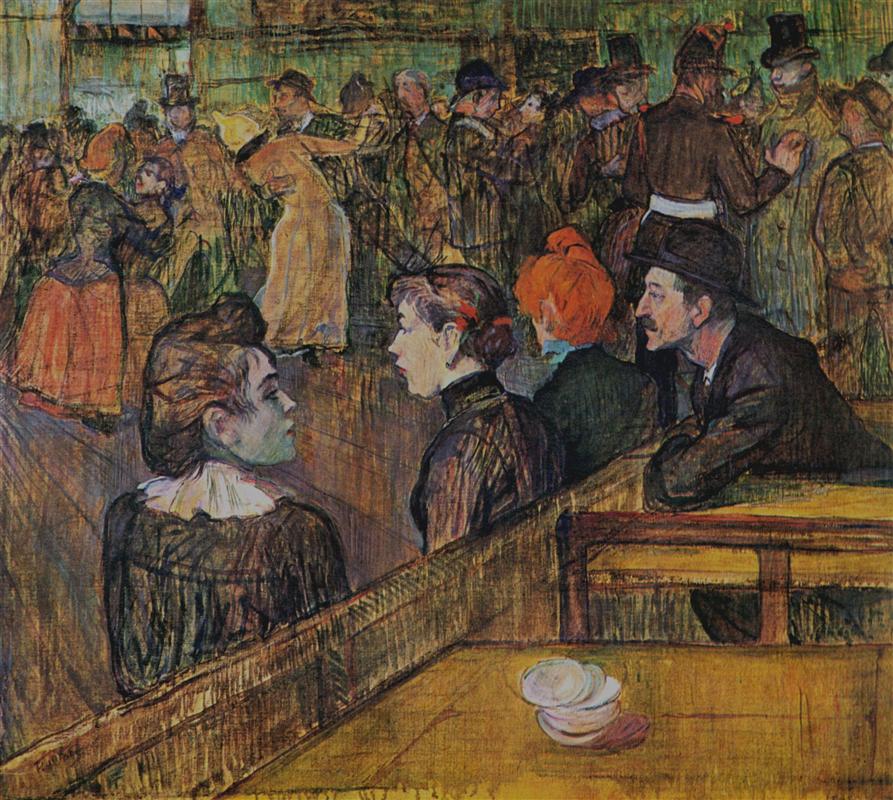 They are probably playing “Guess the Pimp” right now.

It was well past midday now and there was all manner of industry, from goat milking to rag picking to rat racing, going on in the shantytown. 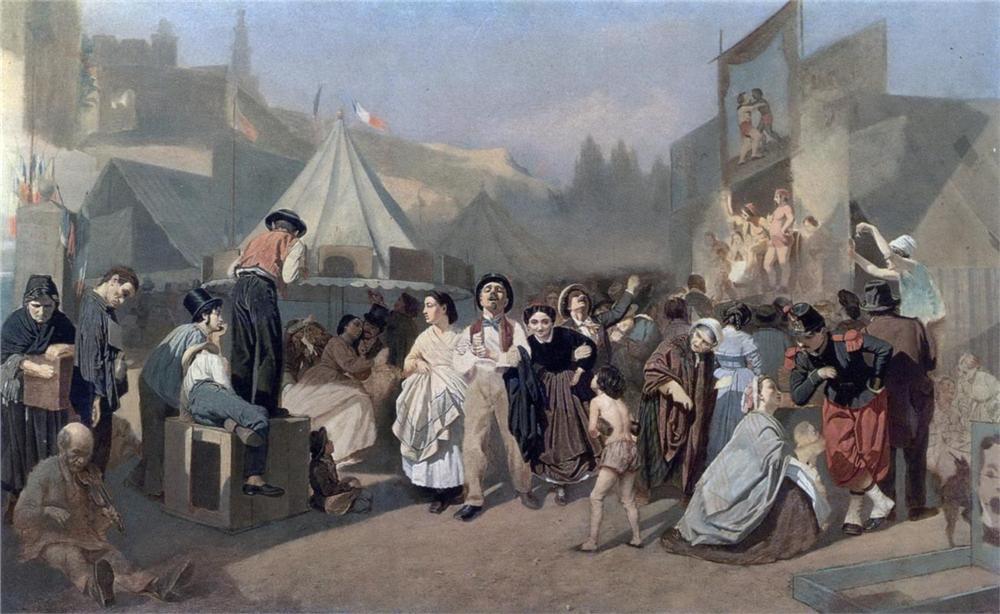