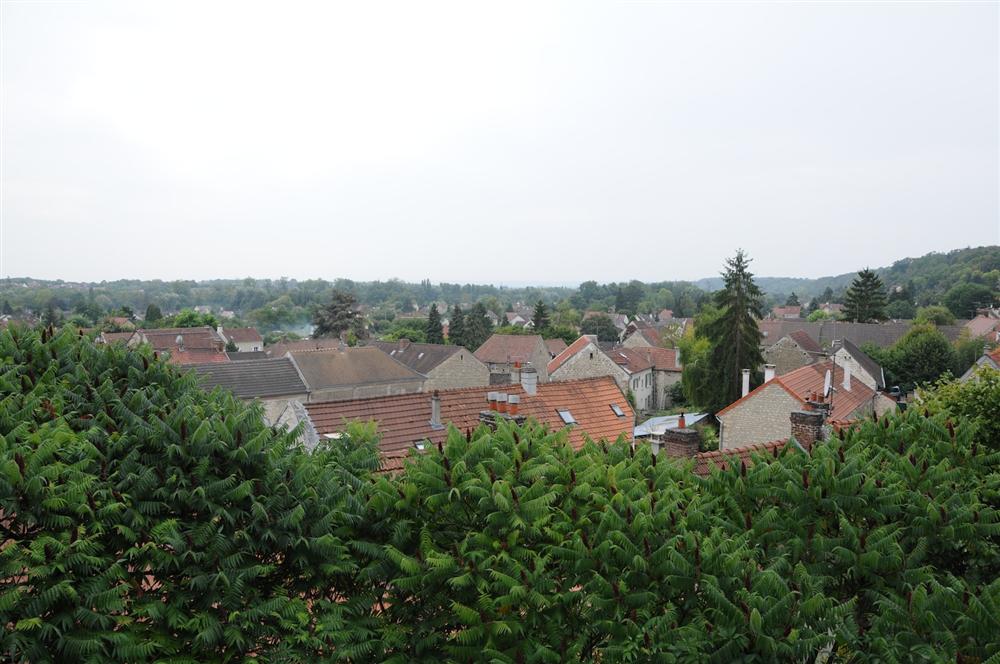 The Village of Auvers Sur Oise lay about ten minutes (by train) north of Paris, over the River Oise. Vincent lived here for several months after he left the sanitarium in Arles, after his famous breakdown in 1889. 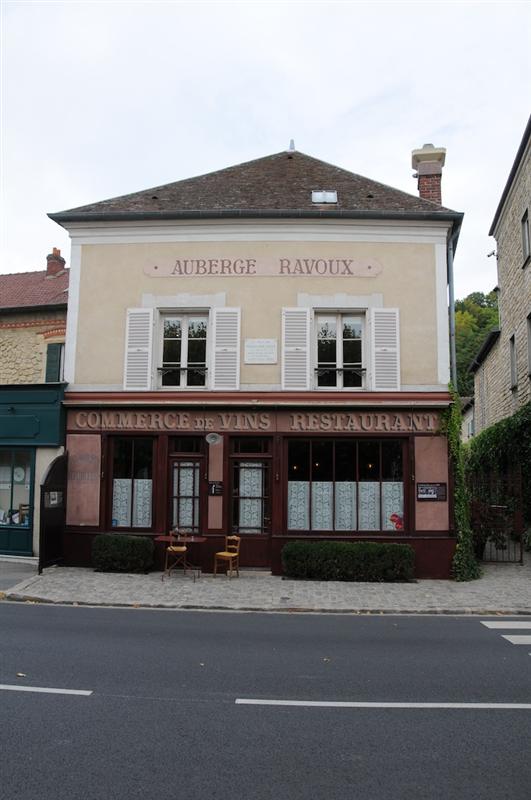 This is the Inn in Auvers where Vincent lived. This picture taken in 2009. 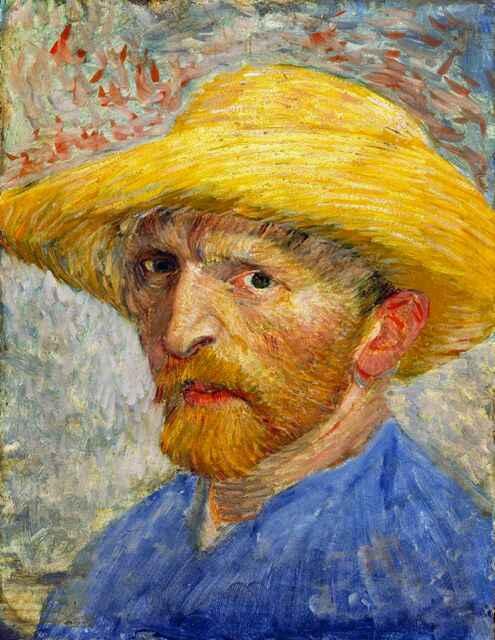 “And what will I get for my hat. Will you tell my future?”
Vincent Van Gogh – Self-Portrait, 1887 (Original Painting in the Detroit Institute of Arts) 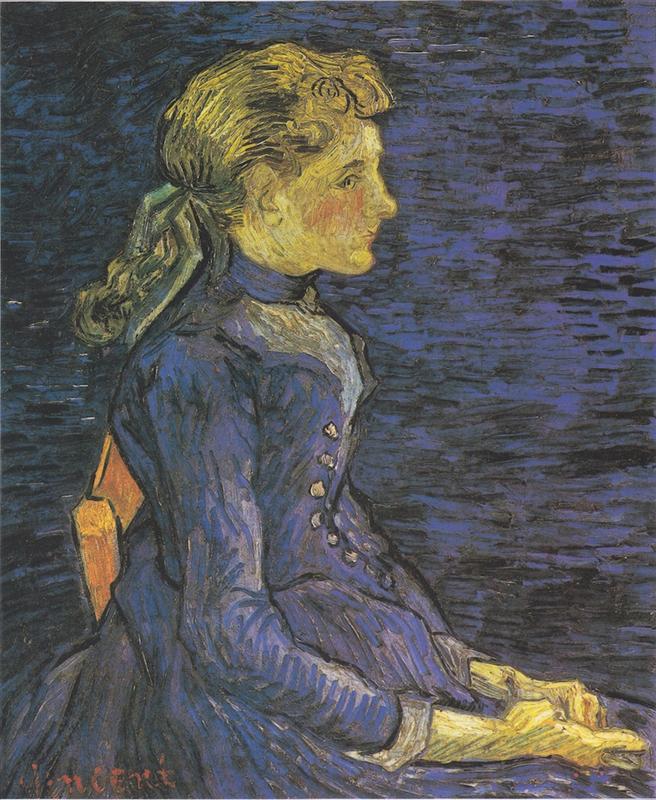 “She was thirteen, and blond, and though she would be a beauty one day, now she was gloriously, heartbreakingly plain.” Portrait of Adeline Ravoux, the innkeeper’s daughter, 1889 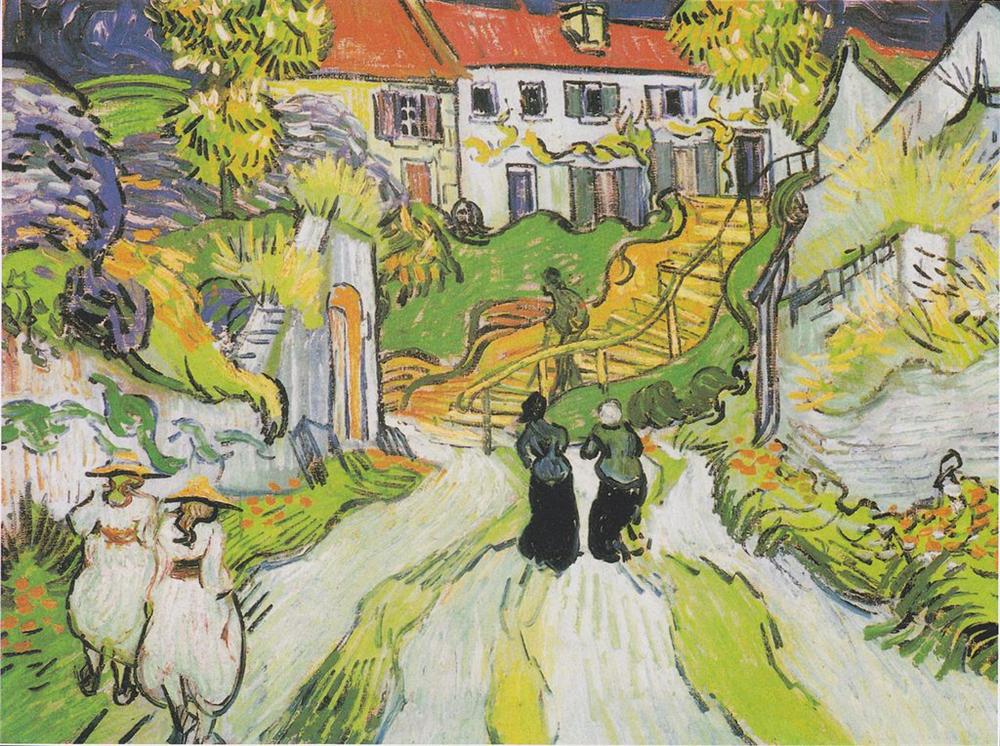 “Vincent paused at the base of the steps that had been built into the hillside.”
The stairs behind the Ravoux Inn at Auvers. Vincent – 1890 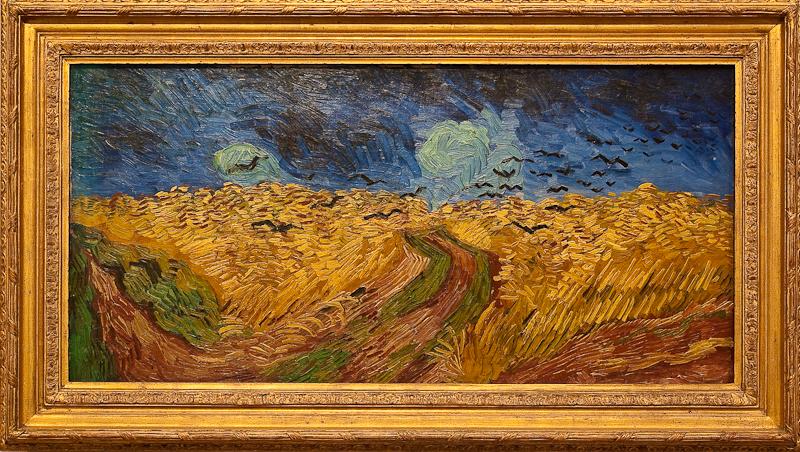 “He painted a final crow, just four brushstrokes to imply wings, then stepped back.” Wheatfield with Crows – Vincent, 1890 – Now at the Van Gogh Museum, Amsterdam 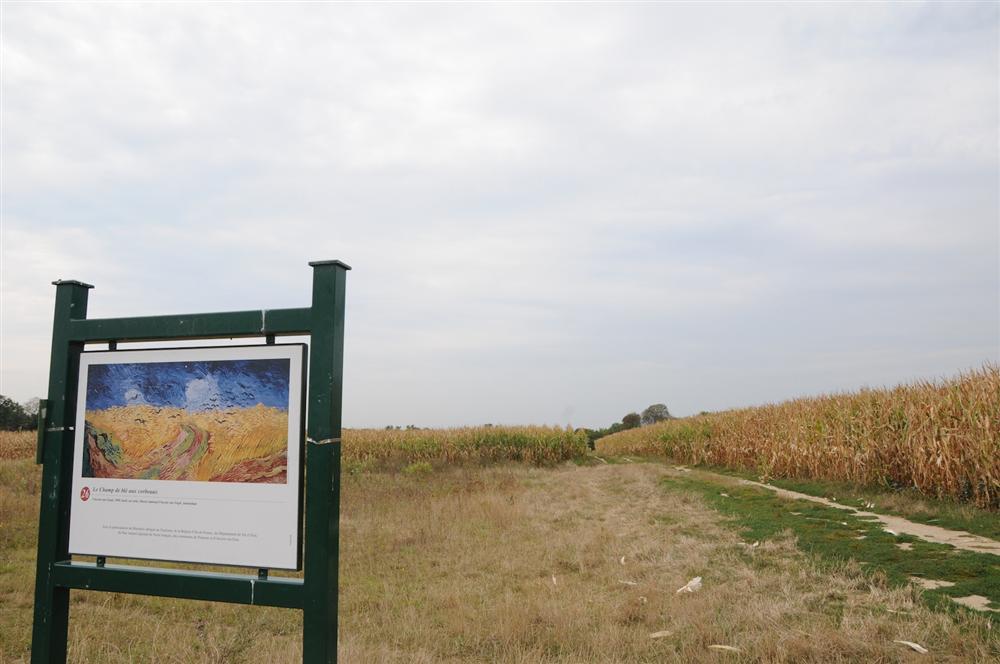 Today, there is a sign at the junction of the three roads through the wheat and corn fields where Vincent painted his last painting. 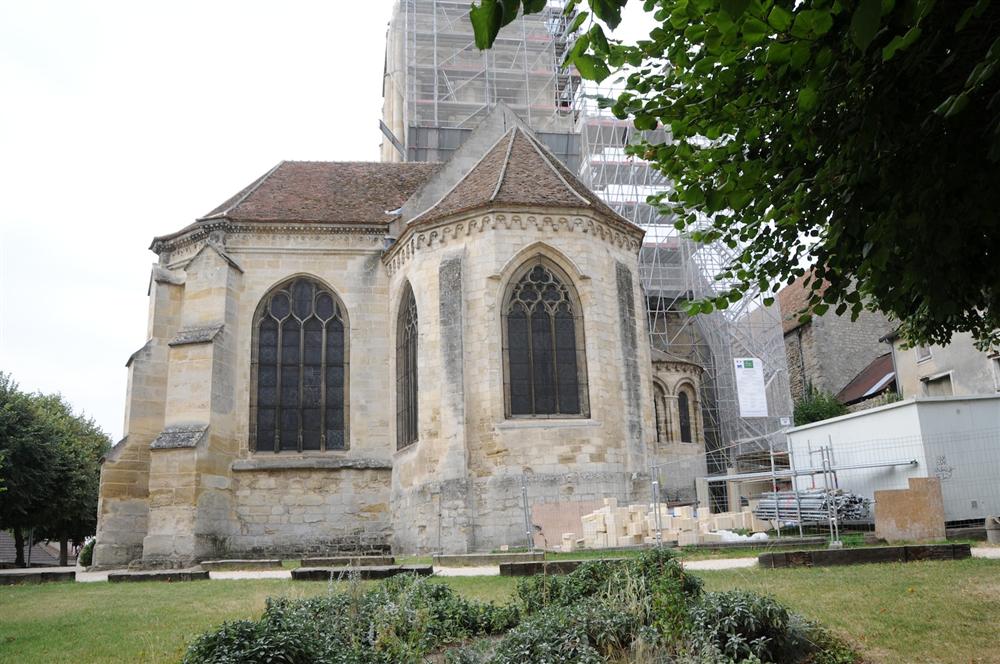 “The church,” Vincent said. “There’s a painting of the church in my room at the inn. You can see, the church is not blue in life, but I painted it blue. I wanted to commune with God.” The Church at Auvers – 2009. Clearly not blue yet… 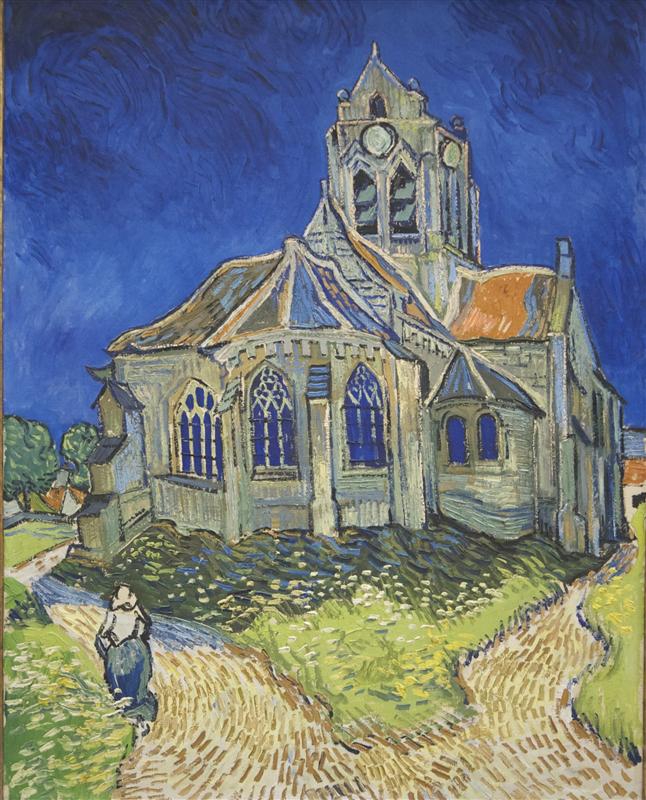 “You lie! I have been to the inn and seen your church. She is not in that painting.”Vincent’s painting of the Church at Auvers. 1890 (Now in the Musee D’Orsay in Paris) 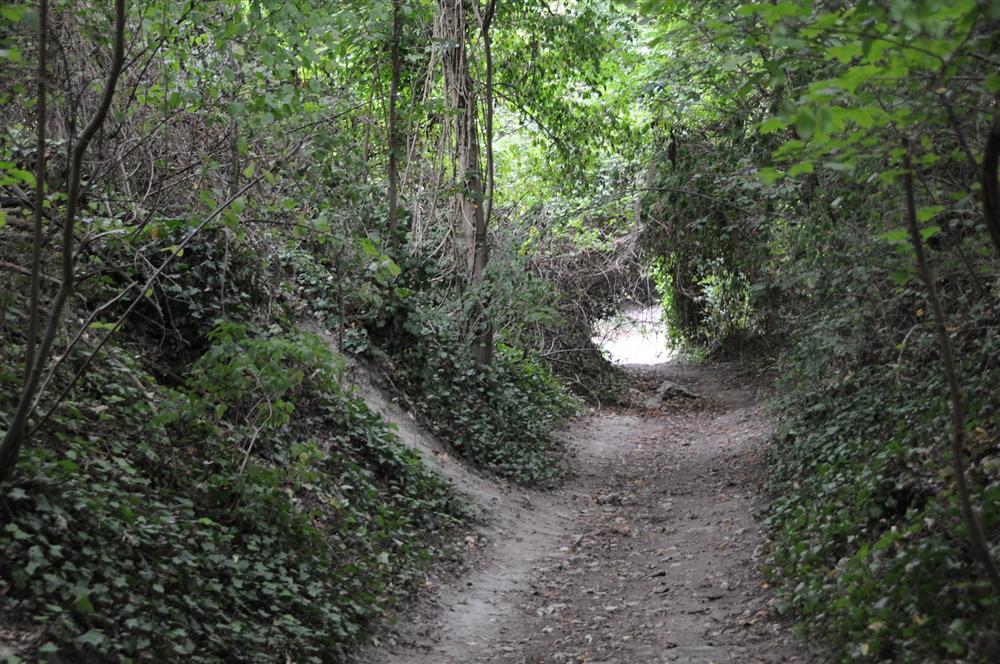 “Vincent left the painting and the easel, picked a single, crushed tube of paint from his paint box and put it in his pocket, then, holding his chest, he trudged down the road that ran along the ridge above town a mile to Dr. Gachet’s house.” The road through the woods, along the ridge above Auvers. I took this in 2009. It was a hot August day, and the forest floor near the corn field was covered with brown leaves that smelled toasted in the heat. You could stop and hear them crackle in the heat. The corn stalks were starting to dry out, and in the slight breeze it sounded like faint applause when they rubbed together. 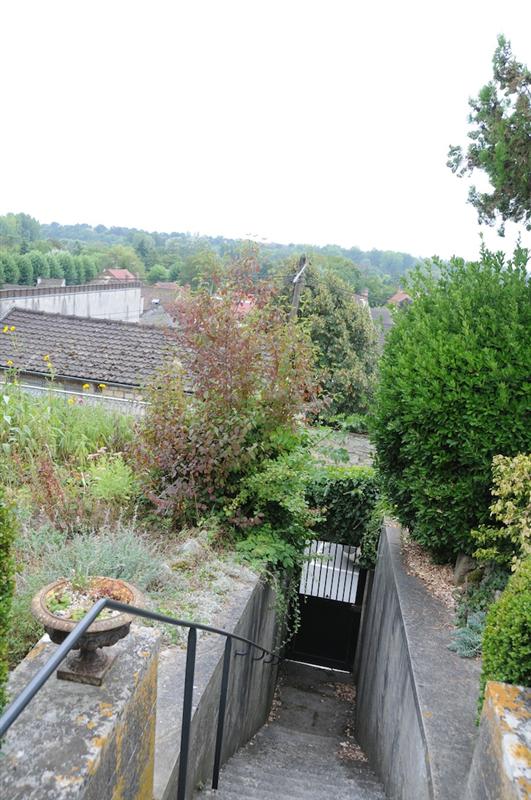 “He fell as he opened the iron gate at the foot of the stone steps that led through the terraced garden, then crawled to his feet and climbed, pausing at each step, leaning on the cool limestone, trying to catch his breath before taking the next.” The stairs at Dr. Gachet’s house today. 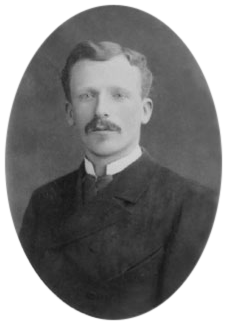 Theo Van Gogh – 1889
Theo lived on Montmartre, in Paris at the time of Vincent’s death. Dr. Gachet sent for him and he was at Vincent’s bedside the next day. Vincent lingered for three days before he died in Theo’s arms.

Vincent and Theo lay buried side by side, not two-hundred meters from the spot
where Wheatfield with Crows was painted.