Chapter 6 – Portrait of a Rat Catcher 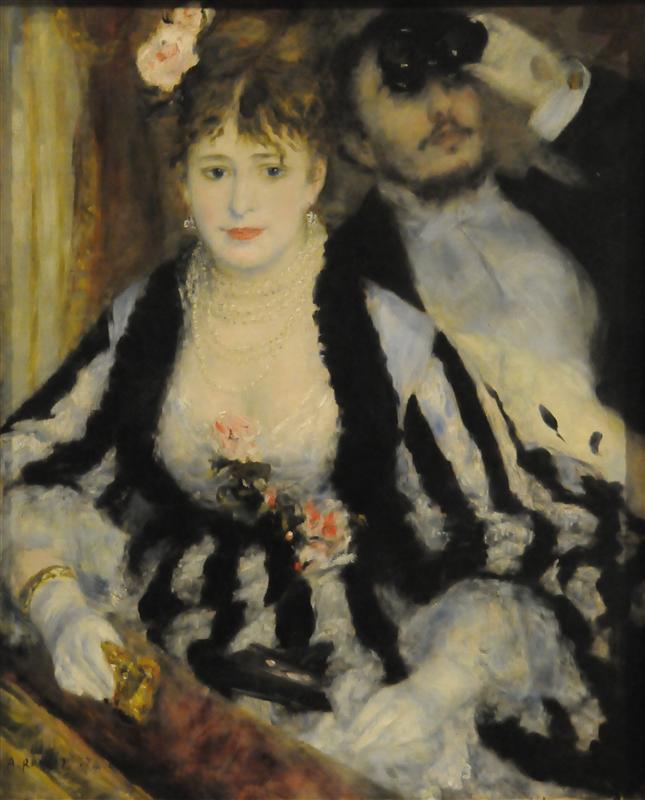 “The Pope did not decree that you should have a striped dress to go dancing in, woman.”
Le Louge – Pierre August Renoir – Striped dresses were all the rage in the day. You see them in many of Renoir’s paintings of dancers during the era. Not just fashionable, but in the case of Mere Lessard, they’re slimming.

The Seige of Paris 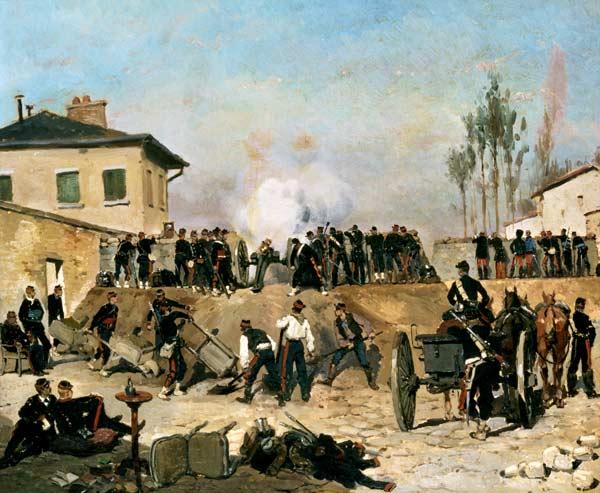 The boulevards were barricaded and the Prussian army surrounded the city. 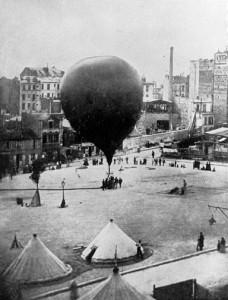 Hot-air balloons were lined down the middle of the Champs-Élysées, prepared to try to smuggle out letters as soon as night fell, and most would actually make it. 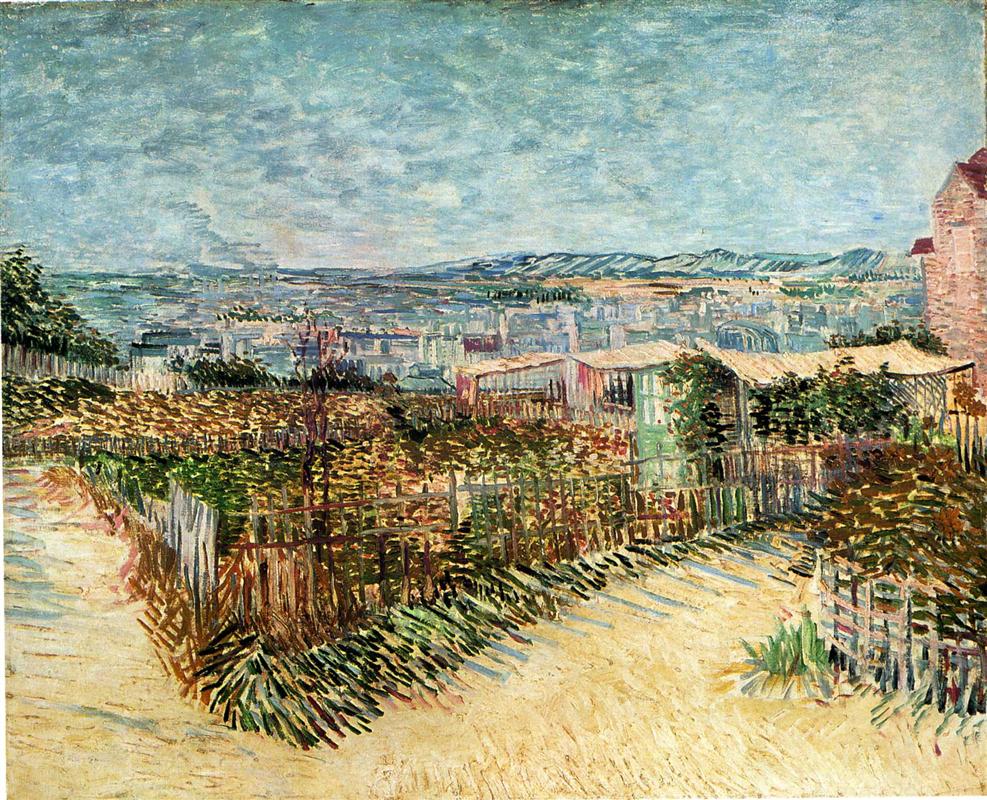 As the siege had fallen in the autumn, every vegetable garden in Montmartre and the Maquis was brimming with maize and snail-scarred squash. 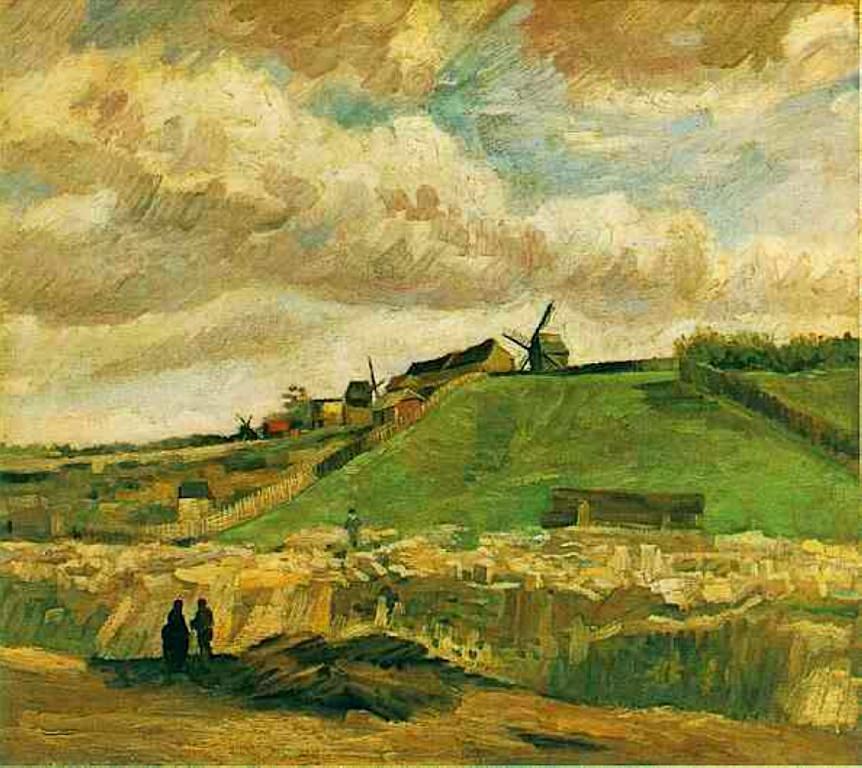 for a while because they could graze on the back slope of the butte and in the fencerows of the Maquis, the shantytown by the cemetery, but when the grass was nibbled to nubs and the National Guard’s horses were being slaughtered for meat, then even the sad-eyed Sylvie and Astrid found their way into the pot-au-feu, which Madame Jacob salted with her tears.

The Hill of Montmartre with Quarry – Vincent Van Gogh – 1887

This is one of the many quarries around Montmartre at the time. The Cemetery is in one of these. On the other side of this hill is the city of Paris. 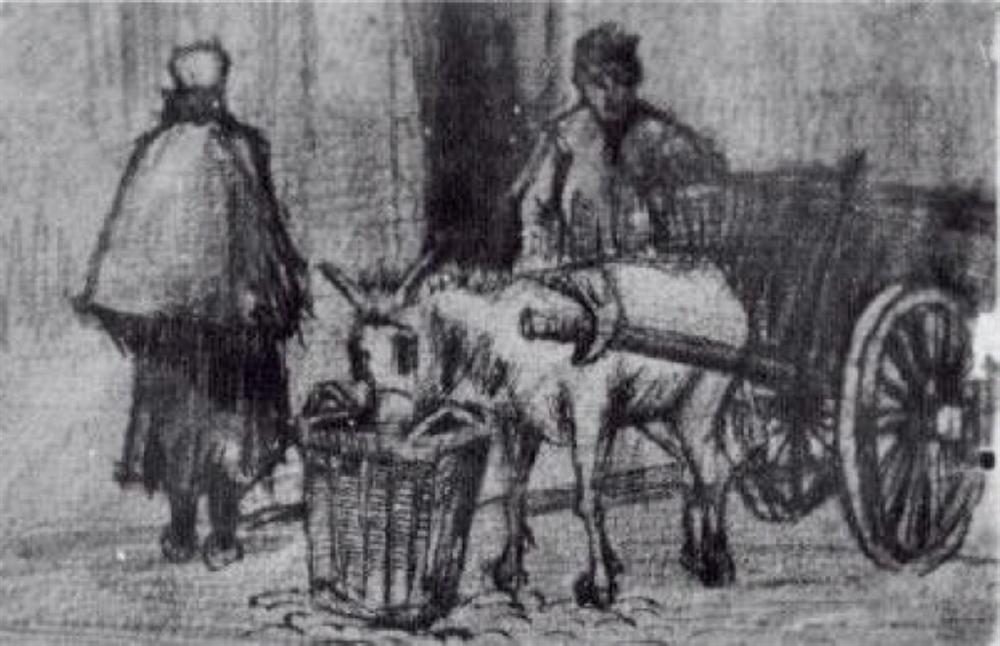 He shook the cooper’s hand, then hired a rag picker with a donkey cart to haul the bags of sawdust up the butte. 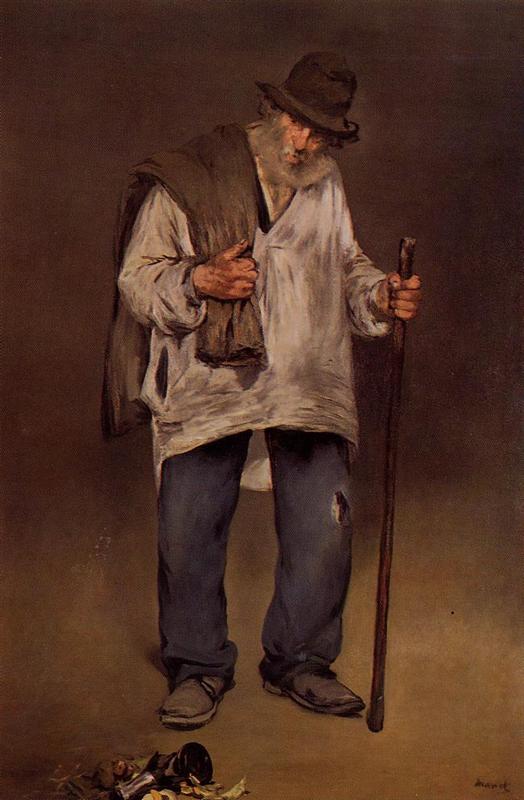 The rag picker wasn’t a scoundrel, but scoundrels envied his laugh. 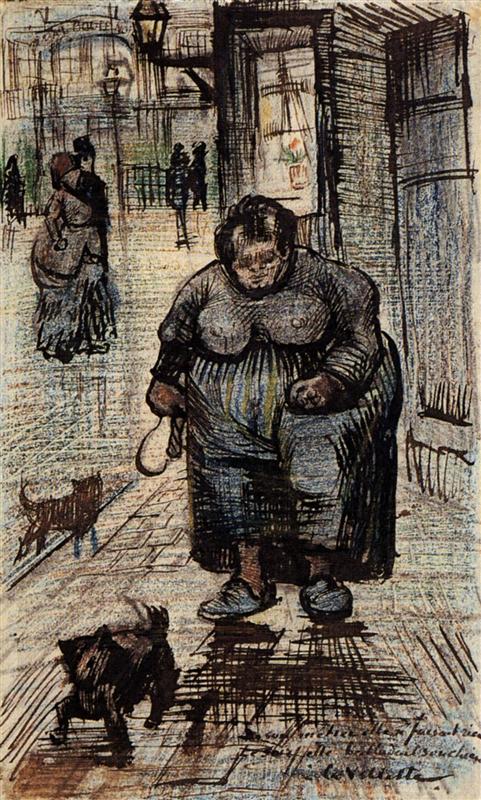 But your mother should thank the saints she lives in Louveciennes or there would be fat bitch pie for everyone on the butte, he thought. 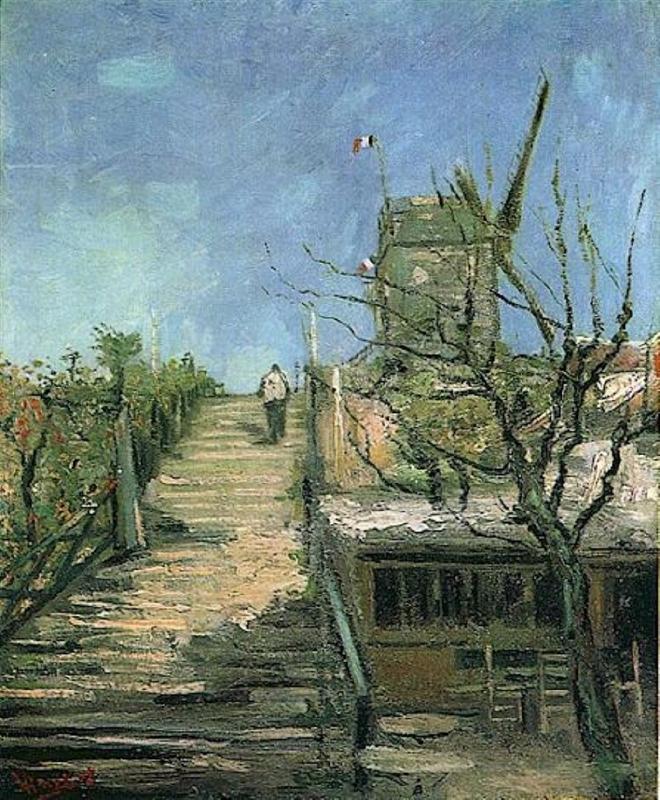 The next morning, while Father was still proofing the oaky loaves for baking, Lucien made his way up rue Lepic, past the still blades of the Moulin de la Galette…

and down through the Maquis, with its row upon row of tiny, ramshackle houses, splintering privies, decimated vegetable gardens fenced with pickets of rough sticks, and the occasional broken wagon or junk pile. 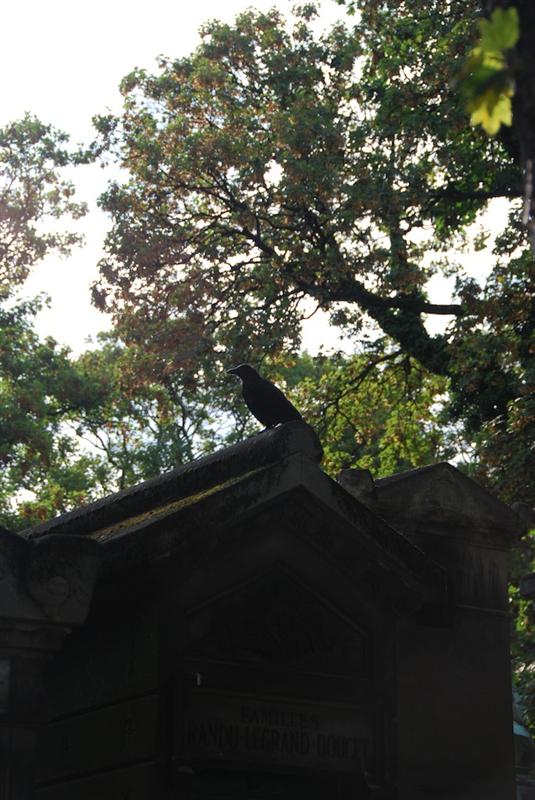 There, among the sycamores and chestnut trees… 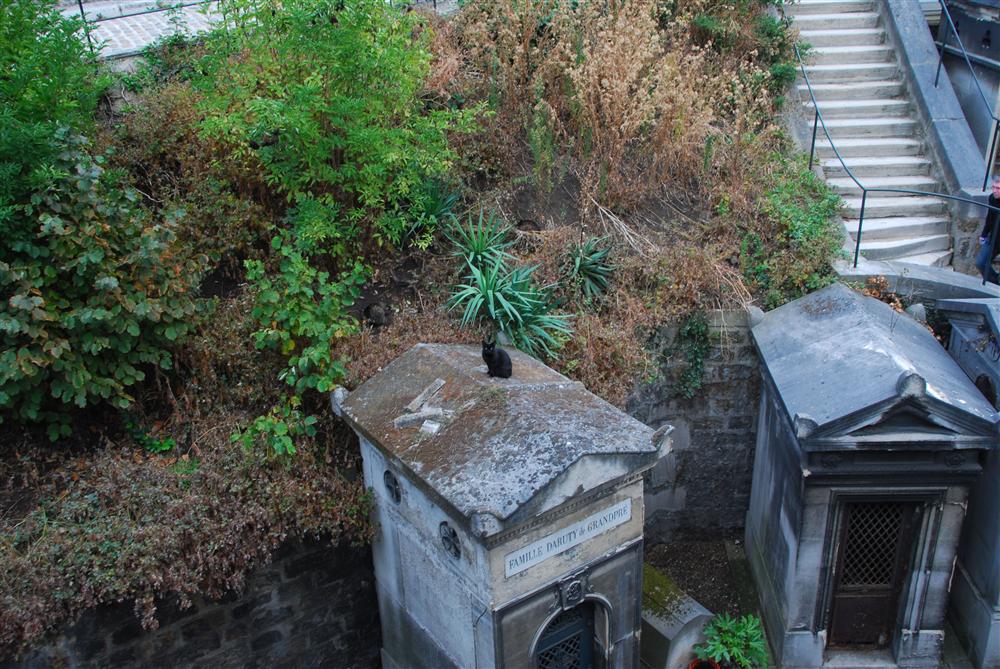 Cemetarie Montmartre – 2009
(You can see here how you actually go down into the old quarry to get to the cemetery. It’s surrounded by roads now, but in those days it was scrub brambles and meadows.) 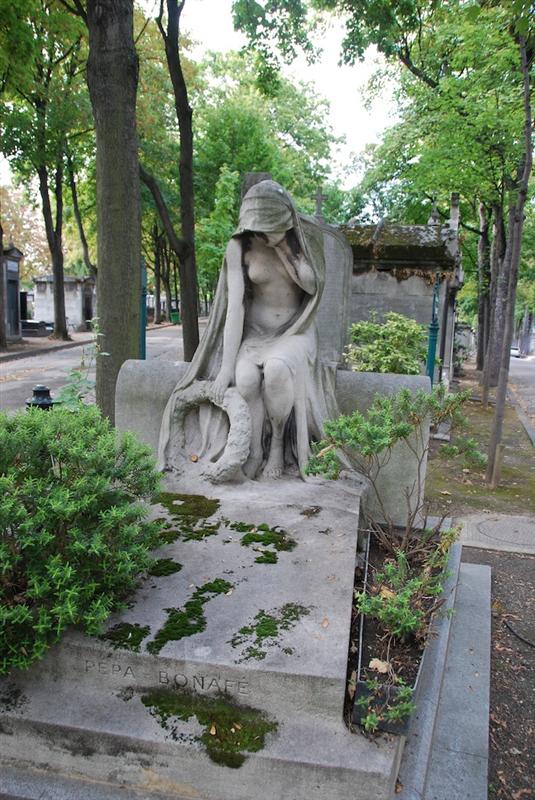 the moss-covered monuments and blackened bronze crypt doors, he found his prey.

(This tomb is actually at Pere La Chaise on the other side of Paris, but it had some awesome moss and looked a little creepy, so, you know, it’s in…) 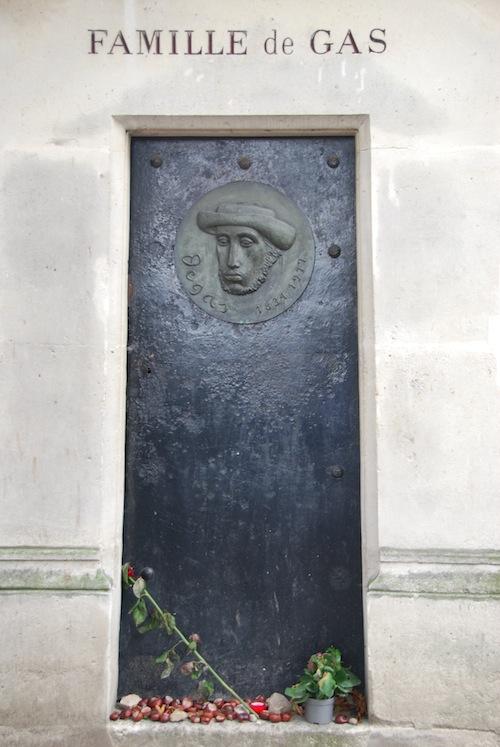 There are a lot of famous people buried at Cemetarié Montmartre. Here is the tomb of the Degas family. Eduard Degas is buried here. 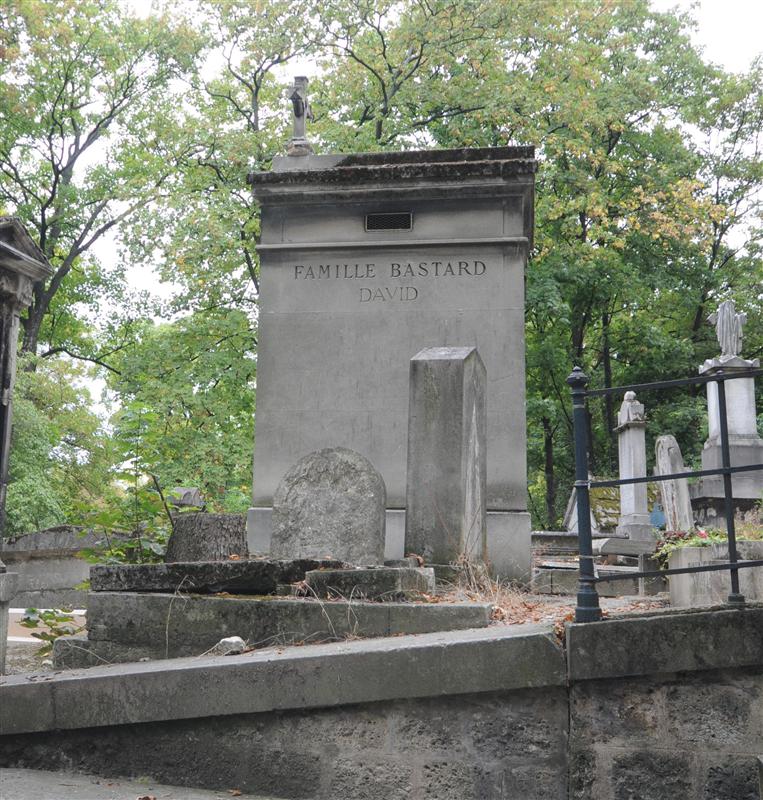 But it is at Pere Lachaise the one will find the graves of Oscar Wilde, Jim Morrison, Amedeo Modigliani, and the family Bastard. This tomb was the inspiration for naming Les Proffesseurs, Bastard (It’s pronounced, Bass-tarhd)